Op-ed: In praise of misleading trailers 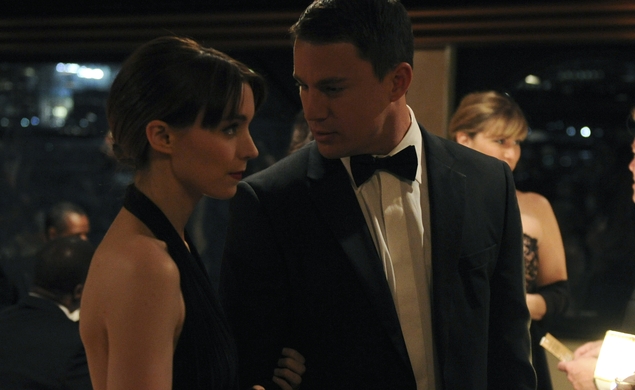 The following post contains SPOILERS for Side Effects, Flight, Cast Away, What Lies Beneath, and Psycho.

Earlier this week, Entertainment Weekly’s Samantha Highfill wrote an article called “Pop Culture Pet Peeve: Misleading Trailers.” In it, she talks about the frustrating results of an evening spent at home watching movies on demand. The film she chose, Steven Soderbergh’s Side Effects, was not as advertised by its trailer:

“After watching the trailer, we felt sufficiently prepared for a psychological puzzle/love story. Too bad it actually ended up being less of a psychological puzzle and more of an average hoax movie. Not only did Tatum’s character die like 20 minutes into the movie—there goes my eye candy (Sorry, Jude)—but the thriller aspect of the film had nothing to do with drugs or anyone’s psychological problems but rather with super manipulative women. And to top it all off, the love story I ended up getting was between Catherine Zeta-Jones and Rooney Mara? I don’t understand!”

Highfall finds similar fault in the trailer for Flight, with Denzel Washington as a heroic airline pilot struggling with addiction. Based on the trailer, she expected “a story about a respected pilot who was being falsely accused of alcohol abuse.” Instead, she got “one of the most in-depth, frustrating, and powerful stories about addiction” she had ever seen. She “loved” the film, but the trailer “hadn’t properly prepared her” for the emotional roller coaster.

I had a similar experience with Flight. Based on the trailer, I expected a lot more of the film to focus on the spectacular crash sequence. In fact, Washington successfully lands the plane about 20 minutes into Flight; from there, Washington has to endure the investigation into the causes of the crash and his own personal demons.

It was a similar experience with the opposite result. If I was blindsided, it was pleasantly so. The movie took me to unexpected places and moved me in unexpected ways. The Side Effects example is even more baffling. As a twisty psychological thriller, it doesn’t depend entirely on its surprises—I saw the film twice and enjoyed it almost as much the second time, once I knew all of its tricks—but they’re certainly a big part of the fun.

Certainly, truth in advertising is a valuable quality. And no one wants to feel ripped off by a movie that sold an experience it didn’t deliver. But it’s not as if Side Effects presented itself as a lighthearted musical comedy: Even if the trailer obscured the details, it did so in the service of maintaining the movie’s secrets and ultimately delivering a more satisfying experience. And isn’t that the point?

Highfall says she wants a Side Effects trailer that shows Channing Tatum dying and Rooney Mara and Catherine Zeta-Jones having an affair. With due respect, that sounds like a very bad idea. Imagine, for a moment, a world in which Alfred Hitchcock’s Psycho came out in 2013 instead of 1960, and was held to a similar standard of trailer scrutiny. I can only imagine the complaints…

“After watching the trailer, I assumed I was going to see a movie about a woman who wants to marry her boyfriend, and then steals some money from her boss and winds up on the run from the law. Too bad it ended up being about this awkward guy who runs this motel. Not only did Janet Leigh’s character die like 20 minutes into the movie—there goes my eye candy (sorry, Vera Miles)—but the thriller aspect of the film had nothing to do with money or anyone trying to get married but rather with a dude with mommy issues covering up a murder. And to top it all off, the love story I ended up getting was between Anthony Perkins and himself? I don’t understand.”

Still, Highfall is not alone in her frustration. I’ve heard similar arguments recently, especially about Flight; friends of mine told me they were equally surprised, and even a little disappointed, to find that film was not quite as advertised. It’s a particularly interesting case because Flight was directed by Robert Zemeckis, who’s been accused in the past of releasing trailers that were too revealing. The trailer for Cast Away made it clear that Tom Hanks’ character got off the island where he was stranded after another Zemeckis first-act plane crash; the trailer for What Lies Beneath revealed that Harrison Ford’s seemingly faithful and loyal husband was not as innocent as he appeared. At the time, Zemeckis was called out for giving too much of his movies away. Now he puts out something that plays things a bit closer to the vest, and he gets flack for that, too.

Just last night here at Fantastic Fest in Austin, Texas, I saw a movie laden with twists and turns. As it starts, it appears to be a dark character portrait of an emotionally damaged young woman trying to recover from a horrific event. But very quickly, the movie veers off in a completely different direction, and over the course of its two hours it shifts gears unexpectedly on several more occasions.

I’m so hesitant to spoil the movie that I don’t want to even tell you its name (if you’re really curious, it’s this one). But in a world where trailers are chided for “misleading” viewers, the company that acquired this movie for theatrical release is going to have thread a very small needle with its marketing campaign.

Trailer editors, it seems, are damned if they do and damned if they don’t. There’s no right way to make a trailer and a million wrong ways. If they hide a movie’s surprises, they’re accused of misleading viewers. If they give it all away, they’re accused of spoiling the experience. It’s an incredibly difficult situation for marketers. Their audience hates spoilers, but they also hate surprises. You have to make your pitch simultaneously specific and vague. How, in this environment, do you sell a movie? Very carefully, I guess.