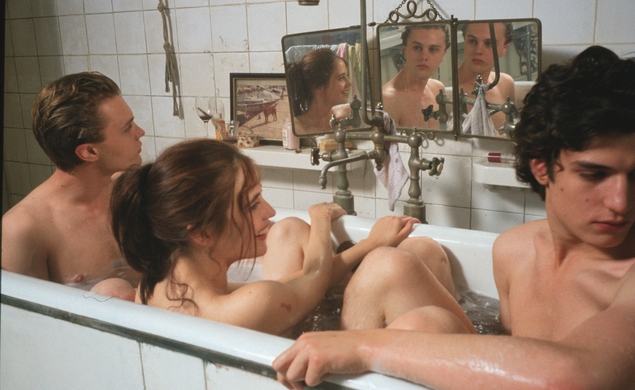 Bernardo Bertolucci’s The Dreamers takes place against the revolutionary backdrop of Paris 1968, but for the love triangle at its center, the firing of Henri Langlois, the co-founder and curator of the Cinémathèque Française, was the true call to arms. Among its many achievements, The Dreamers is remarkably (and at times damningly) particular about the cinephile mindset and the ways movies and fantasy can insulate people from the world around them. Michael Pitt stars an American exchange student who spends every day at the Cinémathèque, taking in classics and double features from the front row, and Louis Garrel and Eva Green play twins who are similarly movie-crazy and engage him on matters both cinematic and political. The action eventually shifts to the twins’ apartment while their parents are away, engaging in all manner of sexual congress while protests are raging on the streets below. The Dreamers is a companion of sorts to Bertolucci’s Last Tango In Paris, another explicit tale of outré sexuality, but the film has its own appeal, especially for those most likely to get into knock-down/drag-out fights over the competing legacies of Charlie Chaplin and Buster Keaton. (It’s Keaton. C’mon, guys.) The film airs at 4:20 on Friday on Starz Cinema.