Come as you are to the first trailer for Kurt Cobain: Montage Of Heck 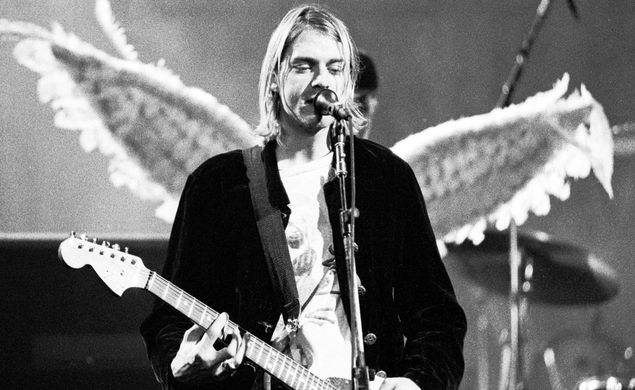 The American public loves to mythologize celebrities, and we really love to mythologize misunderstood geniuses, and we really really love to mythologize rock icons that died in their prime. As such, Nirvana frontman and grunge poster boy Kurt Cobain has been a constant object of fascination for everyone from Chuck Klosterman to Gus Van Sant since his murky demise in 1994. The frescoes adorning the ceilings of the Hard Rock Cafés dotting America say it all: A beatific Cobain, clad in a flowing white robe and angel wings, ascends to heaven with his trusty guitar in hand. Even if Nirvana’s not really your speed, there’s no denying that Cobain’s a major figure in American pop-cultural history, and the temptation is accordingly strong to build this mortal into a larger-than-life personality.

Montage Of Heck, the Kurt Cobain documentary that runs on HBO at the beginning of May, promises to reveal the man behind the stringy hair and cheapo sunglasses. As the hyperbolic quotes in the trailer below suggest, the documentary drew quite a bit of buzz at Sundance back in January. (Our men-on-the-scene Mike D’Angelo and Noel Murray didn’t have the chance to squeeze in a screening. Alas, they’re human after all.) Like any good biodoc, the film boasts exclusive interviews with Cobain’s loved ones—though it’s already been made clear that former spouse Courtney Love would have no editorial control over the finished product—and never-before-seen footage of Cobain’s private moments.

Also, apparently, it will have a good deal of animation. Go get your flannel out of mothballs and take a look at the trailer below, thanks to Yahoo!: 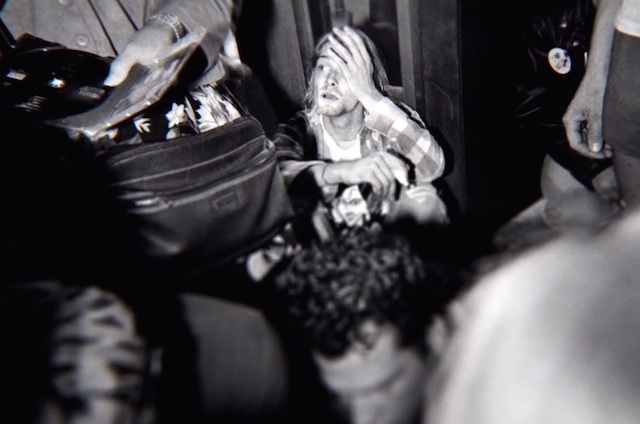 Cobain arrived in America’s pop-cultural topography at a curious time. He rose to fame on a gospel of anti-materialism, anti-consumerism, anti-fame, and anti- the rest of the everyday bullshit degrading Generation X. As such, he was the worst possible dude to have unimaginable wealth, ubiquitous celebrity, and nationwide adoration heaped upon him. The more aggressively he refuted that lifestyle, the more aggressively the public foisted it upon him.

To its credit, the Montage Of Heck trailer does do a fine job of sidestepping the “reluctant rock ’n’roll messiah” narrative that’s been appended to Cobain, instead showing the uncontrollable child, angsty teen (even by angsty-teen standards, that’s some next-level teen angst), turbulent husband, and tender family man. It’s also an exceptionally well-cut trailer, seamlessly blending performance footage with Cobain’s moments of introspection to create a truly intimate feel. I like the trailer so much, I think I’ll (load up on guns and) tell my friends!