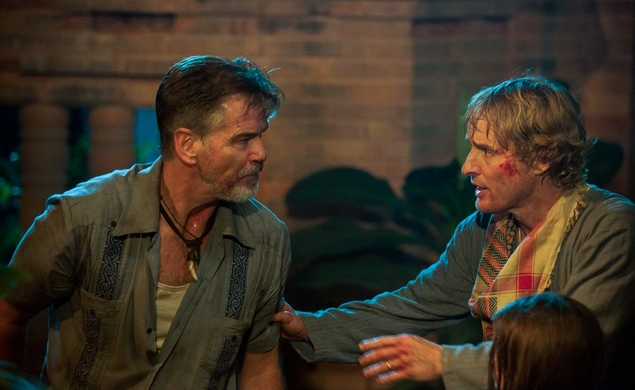 Here are two things that the new Owen Wilson thriller No Escape is not:

1. It is not an action-centric rework of Jean-Paul Sartre’s seminal existential masterpiece No Exit, starring Wilson as a harried career man who becomes trapped in an abandoned underground mine shaft, forced to contend not only with the goat-sized overgrown rats the inhabit the tunnel, but also with the fundamental nothingness that gnaws away at the core of our soul. Wilson will not kick mutant-rat tuchus and confront his own insignificance in the larger scheme of mere being. Not the tagline: “Hell is other people. Life is worse.”

2. It is also not a modern-day update of 1994’s similarly-titled dystopian Ray Liotta vehicle No Escape, with Wilson trapped in a corporate-owned penal colony during the year 2022. The film will not wed white-knuckle action with incisive commentary on the reprehensible rise of the private prison and prison-industrial culture at large. Owen Wilson will not fire a rocket launcher.

The No Escape that’ll enter theaters in September of this year is a thing all its own, with Wilson playing a businessman who’s toted his wife (Lake Bell) and moppet daughter to an unspecific Asian nation on a work trip. Unfortunately for him, he arrived during the height of armed-street-conflict season, which is only slightly worse than monsoon season. Less unfortunately for him, he befriends greying ass-kicker Pierce Brosnan. Brosnan has grown a beard. Everything will be okay.

Arm yourself well, and check out the trailer below: 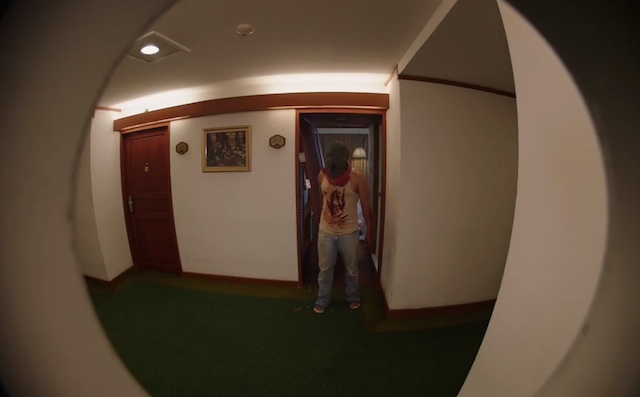 After a spate of bland studio comedies (the feature-length Google advert whose name we dare not speak) and well-realized roles in auteurist fare (Midnight in Paris, The Grand Budapest Hotel, Inherent Vice), Owen-Wilson-as-action-hero could be a big pill to swallow. But let us think a bit further back, back to the Owen Wilson of the late ’90s, who kicked buttock alongside Jackie Chan in Shanghai Noon and appeared briefly in Armageddon. He may be getting a bit long in the tooth, but Wilson’s still got some moves.