Coolness: Watch a short documentary from Errol Morris about a group of electric football superfans 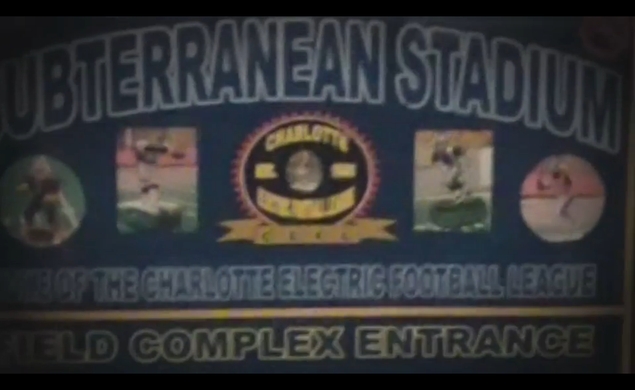 When audiences last heard from master documentarian Errol Morris, he had circled back to delve into the roiling quagmire of the Iraq War once more with 2013’s The Unknown Known after previously winning the Academy Award for Documentary Feature in 2003 for The Fog Of War: Eleven Lessons From The Life Of Robert S. McNamara. Jeez, can’t the guy lighten up a little? So much war! And his other stuff isn’t much rosier, chronicling rape scandals, questionable murder charges, and horrifying misconduct at the United States’ prison in Abu Ghraib. Where’s Errol Morris’ fun side? In his free time, does he sit alone in a room with the lights off and think of the innumerable injustices of this awful world? What does he do for leisure?

The world may never know, but the fine people at Grantland have managed to coax some uncharacteristically lighter work from the filmmaker of repute. It’s Errol Morris Week at the website, with writing all week long saluting the man and his estimable body of work. But in cooperation with ESPN Films, Morris himself will also get in on the action. He’s readied five short films about sports under the banner “It’s Not Crazy, It’s Sports” to be released over the course of this week. The first one is up now.

Called “The Subterranean Stadium,” the 22-minute short finds Morris interviewing the eccentric members of the Charlotte, NY Electric Football League. A group of pals have gathered regularly to play the deceptively complex tabletop game thousands of times, and Morris trains his camera on the unique culture that blossomed between fanatics for this little cultural oddity.

Watch it below, and check back at Grantland as the week goes on for further bro-ing out with Errol Morris.