Rocky Balboa will fight his own demons in spin-off Creed 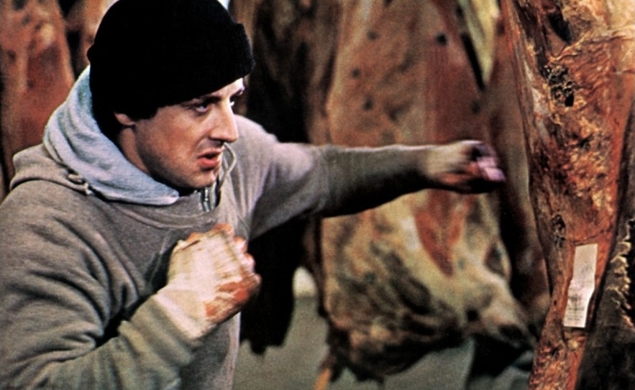 The Rocky series is about to get some new blood—perhaps literally—thanks to Ryan Coogler’s upcoming Creed, which will see Michael B. Jordan picking up the Creed family mantle in order to beat the crap out of people in the ring. Sylvester Stallone will, of course, return as Rocky Balboa, now styled as a mentor to the young upstart.

A new synopsis for the film has been obtained by Badass Digest, and it hints at some pretty heavy stuff to come (and some small confusions, too):

“Adonis Johnson (Jordan) never knew his famous father, world heavyweight champion Apollo Creed, who died before he was born. Still, there’s no denying that boxing is in his blood, so Adonis heads to Philadelphia, the site of Apollo Creed’s legendary match with a tough upstart named Rocky Balboa.

Once in the City of Brotherly Love, Adonis tracks Rocky (Stallone) down and asks him to be his trainer. Despite his insistence that he is out of the fight game for good, Rocky sees in Adonis the strength and determination he had known in Apollo—the fierce rival who became his closest friend.  Agreeing to take him on, Rocky trains the young fighter, even as the former champ is battling an opponent more deadly than any he faced in the ring.

With Rocky in his corner, it isn’t long before Adonis gets his own shot at the title…but can he develop not only the drive but also the heart of a true fighter, in time to get into the ring?”

First of all, his name is Adonis. This is great.

Second of all, wait, isn’t Adonis supposed to be the grandson of Apollo? That’s what we’ve heard for months now, and even the film’s IMDb page still mentions that Adonis is Creed’s grandchild. Perhaps we’ve been led a little astray, or maybe this is a weird typo, or maybe the whole thing is a weird spoof. Let’s proceed with caution. (Or maybe this thing is a weird period piece?)

Although we don’t expect Ivan Drago (a.k.a. The Siberian Express a.k.a. The Siberian Bull a.k.a. Death From Above) to come back and actually fight Rocky, he actually might be the one to blame for whatever is ailing the heavy hitter. If you remember Rocky V (and who doesn’t remember Rocky V?), you will recall that the film revealed that Drago’s punches had banged up Rocky’s brain so badly that he was afflicted with brain damage. That type of damage is known as CSP, and it’s associated with dementia pugilistica, which is a neurodegenerative disease that affects boxers. That condition can also lead to Parkinson’s, dementia, mental problems, and speech issues.

Man, Creed is going to be a lot of fun.

Creed is set to open on November 25.