See a proof-of-concept short for a feature adaptation of D.C. Pierson's The Boy Who Couldn’t Sleep And Never Had To 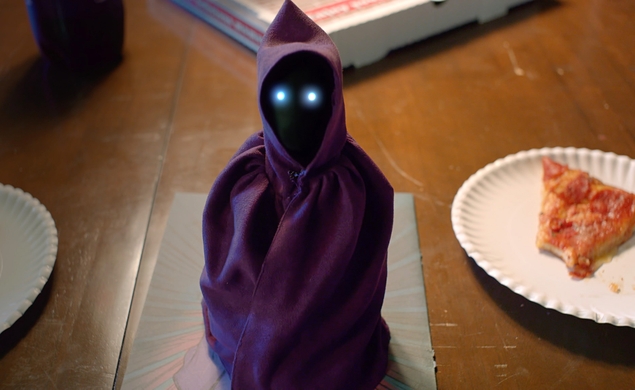 D.C. Pierson is an ambitious young man (and also, full disclosure, a casual friend whose first novel, The Boy Who Couldn’t Sleep And Never Had To, I blurbed). At the tender age of 30, he has already co-written and co-starred alongside his Derrick Comedy brethren Donald Glover and Dominic Dierkes in the inspired 2009 Encyclopedia Brown parody Mystery Team, which was well-received at Sundance and went on to develop a cult following. He went on to write another young adult novel, Crap Kingdom, and has appeared in Captain America: The Winter Soldier (as an Apple employee who is really excited to meet Captain America), Comedy Bang! Bang!, Community (where his Derrick Comedy-mate Glover was a longtime cast member), and elsewhere.

Now Pierson is setting out make a big-screen adaptation of The Boy Who Couldn’t Sleep And Never Had To, a book that I raved about back in 2010: “In a smart, funny and endlessly imaginative debut, the voluminously talented D.C. Pierson shows keen insight into the rocky emotional terrain of adolescence and the nuances of geek culture. Pierson has a sharp eye for the way teenagers think, talk and behave. The scope and depth of the novel's ambition don't become apparent until a riveting final third that radically reinvents the narrative as a sly, Unbreakable-style exercise in genre deconstruction.”

To that end, Pierson and his Derrick Comedy colleagues Dan Eckman (who directed Mystery Team and Community) and Meggie McFadden have assembled a proof-of-concept short for the adaptation in an attempt to raise financing and investors. And they’ve recruited some pretty impressive actors for the gig: Tony Revolori, who had a career-making turn as Ralph Fiennes’ bellboy protege in The Grand Budapest Hotel, and Jack Quaid, whom you may recognize as Marvel from The Hunger Games, as his overwhelmed friend.

I tend not to have terribly high expectations for special effects in independent productions, so I was extremely impressed by the special effects the filmmakers employ to evoke their vision of a world where comic books come to life. If one were to employ a hackneyed phrase, one might even say the short soars with impressive special effects. And if it looks this good on a shoestring budget, one can only imagine how impressive this story might look with some serious money behind it.