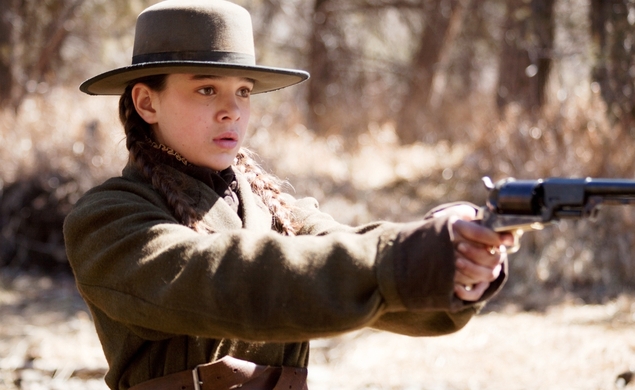 There’s a subtle art to titling movies. Contrary to popular belief, it’s not as simple as selecting some combination of the words rise, dark, revenge, age, return, final, or dawn and throwing a colon in there. The truly clever titles work on two levels and incorporate irony while maybe even addressing one of the film’s core themes. Seminal screenwriting book Save The Cat! takes Legally Blonde as an exemplar. Elle Woods is blonde, sure, and goes into legal studies, with you so far, but the miniature genius lies in the title’s pun on the term “legally blind,” speaking to the blind ambition with which glossy Elle enters the superserious world of Harvard Law.

With that, let us all fully appreciate the forces at play in the title of new action-comedy Barely Lethal. We’ll break it down slowly: The film stars Academy Award nominee Hailee Steinfeld as a teen assassin who learns a Godfather III-ish lesson about getting out and getting dragged back in when she attempts to defect and attend a normal high school, only for trouble to follow her there. See, she’s an assassin and therefore capable of exercising lethal force. But the title puns on the term “barely legal,” describing a woman who has only recently passed the legal age of sexual consent. A bit confusing, seeing as The Hollywood Reporter clocks Steinfeld’s character’s age at 16—two years short of barely legal territory. Solid wordplay, scriptwriter John D’Arco, but ick.

A promising stable of supporting players will round out the cast. Jessica Alba and Samuel L. Jackson will play significant roles, with this writer’s sincerest hopes that Jackson will play some variation on his recent turn as Kingsman’s megalomaniacal baddie. Sophie Turner of HBO’s Game of Thrones, Rob Huebel, Thomas Mann, Jaime King, and Dove Cameron will also appear in Barely Lethal, which remains a great title. Kyle Newman, director of the slight comedy Fanboys and the recently released music video for the song “Style” by corporeal being of light Taylor Swift, is at the helm of this project, which will hit DirecTV and select theaters in April.