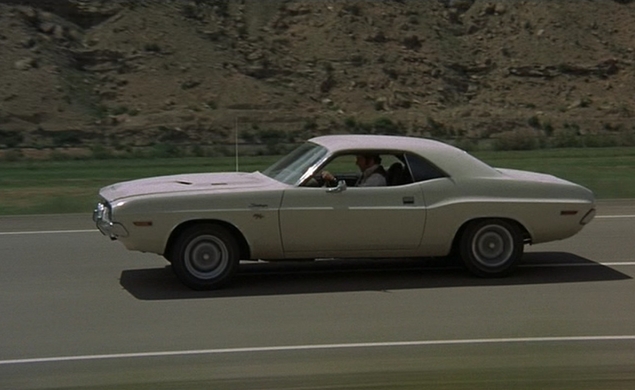 Director Richard C. Sarafian had a long and busy career in Hollywood directing movies and television shows. He worked on popular series like The Twilight Zone, I Spy, and Batman and made movies like The Man Who Loved Cat Dancing with Burt Reynolds and the Bear Bryant biopic The Bear. Most importantly, though, he directed 1971’s Vanishing Point, one of the best car chase movies of all time. Sadly, Sarafian passed away in Santa Monica on Wednesday from complications of pneumonia suffered while recovering from a fall. But with the influential Vanishing Point on his resumé, he won’t be forgotten.

Sarafian went to NYU after returning from the Korean War, and dabbled in filmmaking classes while studying pre-med. Later, he got a job as a reporter in Kansas City, where he met an aspiring director named Robert Altman who was working at the time in local theater. They became friends and when Altman went to Hollywood, he brought Sarafian along as his assistant.

In an interview with TCM.com, Sarafian talked about his goal with Vanishing Point: to “physicalize speed.”

“I wanted to go beyond the limits of safety. Why Kowalski (Barry Newman) was forced into his situation? He was just passing through life like a rubber band, ending up in the same place where he started. I had no linear concepts for this one. I made the car… the star of the film. I loved the ambiguity of it all, and fact that it makes people think and apply their own value system into it. My only disappointment was that Gene Hackman wanted to play the part of Kowalski, but the studio wouldn’t let me cast him, so I got saddled with Barry Newman instead.”

I actually think Newman is pretty great in Vanishing Point, along with just about every everything else; there’s a reason it has become one of the most iconic car movies of all time. Younger movie lovers may know it better as the inspiration for “the Vanishing Point car” sequence in Quentin Tarantino’s Death Proof.

In that same inteview with TCM, Sarafian was asked if he had any advice for aspiring directors. He said there was no secret to the job. “ If you have a good story to tell, and assemble a good crew,” he said, “you’re on your way.”