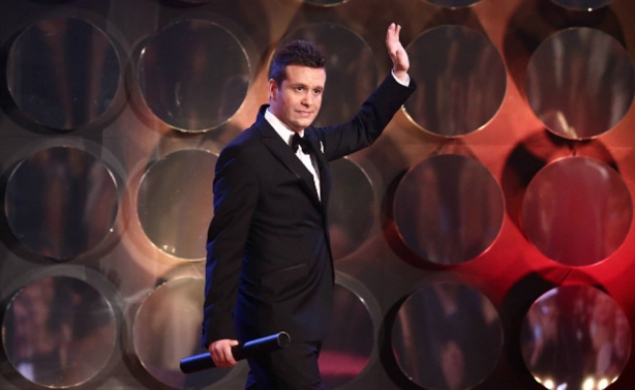 News writing is loads of fun and everything, but it can sometimes get a bit repetitive: Such-and-such director has announced his next movie, so-and-so has been cast in the sequel to something, the new trailer for has been released for what’s-its-name. But sometimes, there comes a news item so unmistakably bizarre that it makes the entire concept of entertainment news feel fresh and exciting again. Sometimes, a Jim Carrey impersonator successfully cons his way into an appearance at the Czech Republic’s equivalent of the Oscars.

On Saturday night, Prague hosted the 22nd annual Czech Lions awards ceremony, recognizing achievements in Czech filmmaking for the preceding year. If they’re at all similar to the Oscars, like, 25 damn minutes probably went by with only a single award handed out, or something to that effect. But the first few minutes of the show were livened up by a cameo appearance from an unexpected guest: The announcer proudly introduced Jim Carrey, and a lanky gentleman clad in a tuxedo strolled onto the stage, flashed Carrey’s signature shit-eating grin, fired a confetti cannon, and walked out as wordlessly as he had come.

This man was not Jim Carrey. According to an item from Variety, many members of the audience were under the impression that doppelCarrey’s walk-on was part of those typically zany pranks those wackadoo Czech Republic denizens so enjoy. However, after the ceremony, host Jan Sverak was steadfast in her insistence that the Mr. Carrey in-house that evening was the real Matusek, which is the Czech version of the real McCoy idiom.

The authorities and governing bodies of the Czech Lions only realized after the fact that the man present for the ceremony was not the rubbery star of such films as The Mask, Ace Ventura, and Liar Liar, but were relieved to announce that he had not been paid. (Presumably, a well-placed smoke bomb provided the mystery man with enough cover to make a stealthy getaway.) No word on the man’s whereabouts at the present, though I’ve got a theory: I know we’ve only seen this man on one occasion, but have we ever seen doppelCarrey and Banksy at the same place at the same time?