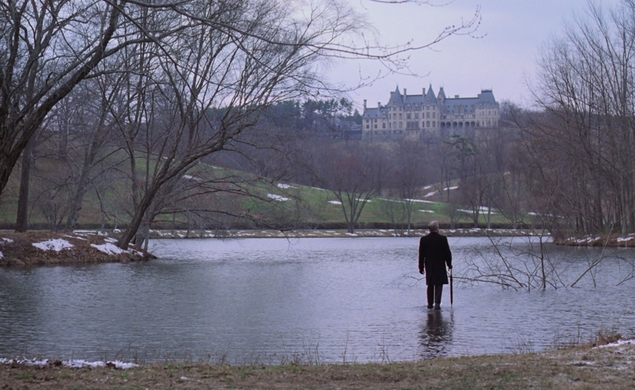 Director Hal Ashby wrapped up a remarkable decade with the 1979 political fable Being There, one of his strangest movies and, unexpectedly, one of his most popular. Screenwriter Jerzy Kosinski adapted his own novella (with uncredited help from Robert C. Jones) about a simple-minded gardener named Chance who stumbles into high society in Washington D.C., where his repetitive pronouncements about weather and growth cycles are mistaken for wizened insight into politics and economics. The satire in Being There is fairly straightforward, and tied to the gray hopelessness of the late 1970s sociopolitical landscape. But the reason why Being There is more than just a period-piece is the arid quality that Ashby, Kosinski, and star Peter Sellers bring to Chance’s story. Sellers plays the character as though he’d wondered out of one of the movies the actor made with Stanley Kubrick, while Ashby emphasizes the wide gulf between the petty affairs of the American upperclass and Chance’s native decency. More than a satire, Being There works as a spiritual tract. It airs on Turner Classic Movies tonight at 10 p.m. Eastern.