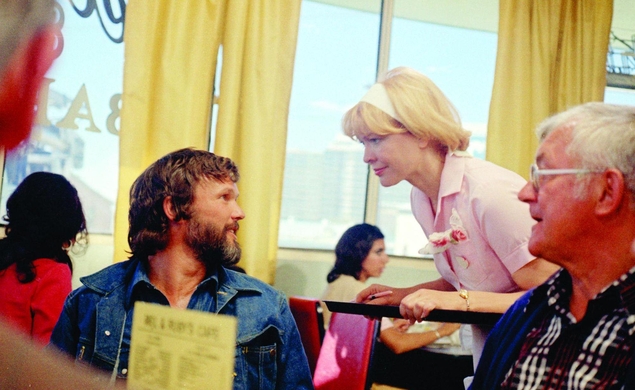 The low-boil 1974 romantic melodrama Alice Doesn’t Live Her Anymore may seem like one the bigger outliers in the filmography of director Martin Scorsese, but Scorsese was weaned on Cassavetes and classic Hollywood, both of which figure heavily into this film about a single mother who works as a waitress in Phoenix while pursuing her dream to become a singer. Star Ellen Burstyn—who won the Best Actress Oscar for Alice—wanted one of the new wave of American filmmakers to bring some modern pep to the movie, and picked Scorsese to direct even though he warned her that he didn’t really understand women. Visually and tonally, Scorsese processed Robert Getchell’s script through both the lush “women’s pictures” of the 1950s and jittery realism, contrasting the beauty of the southwest with the wiry energy of Burstyn and the mumbly macho of Kris Kristofferson. Seen in the context of Scorsese’s entire career, Alice is appropriately cinematic, but it also serves the material, telling the story Burstyn wanted about a woman who chooses not to put her desires second to a man’s. Alice Doesn’t Live Her Anymore airs on Turner Classic Movies tonight at 6 p.m. Eastern.