Crank up your e-meters for the trailer for Going Clear: Scientology And The Prison Of Belief 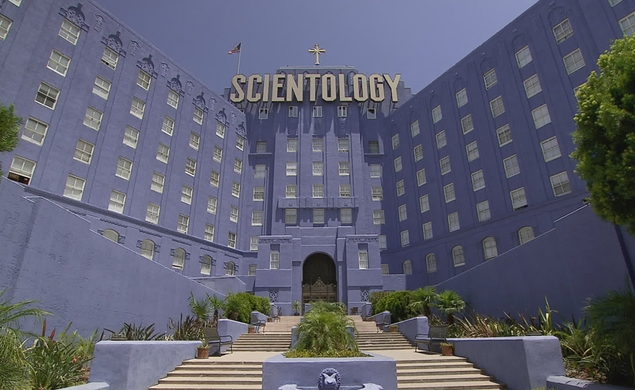 I have been agog with anticipation ever since I found out that Alex Gibney, the man who makes all of the documentaries, would be adapting one of my favorite books, Going Clear: Scientology, Hollywood, And The Prison Of Belief, Lawrence Wright’s riveting, massive, and comprehensive exposé on the cruelty and abuses of Scientology. The book is a riveting page-turner, half devoted to the too-strange-for-fiction life of L. Ron Hubbard—science-fiction writer, charlatan, and, if you’re a Scientologist, the man who unearthed the fundamental mystery of existence while unlocking the extremes of human behavior—and half devoted to the “church” he crafted in his image, and the horrific mismanagement of lilliputian, pugilistic current head David Miscavige.

In keeping with the church’s longstanding tradition of trying to smear, bully, and discredit critics, Scientology has been waging a publicity campaign against the film and its subjects even before its debut at Sundance. The Church has depicted the former Scientologists interviewed in the film as criminals, sadists, drug addicts, and mentally ill, but that has only contributed to the film’s deafening buzz.

If Gibney’s film is as powerful and convincing as the book it is adapting, then it could deal the embattled faith the kind of blow that will be difficult to recover from. Scientology has been protected by a wall of silence enforced by bullying, lawsuits, and money, but that wall is rapidly crumbling. Here’s a new teaser trailer for the doc:

This teaser trailer gives away very little. It’s mostly sound clips of former Scientologists discussing the irresistible initial allure of Scientology as a faith that promised acolytes almost unlimited power and supernatural abilities, accompanied by adoring blurbs and stark images of e-meters and files relating to L. Ron Hubbard. I, for one, could not be more excited, though I imagine that-high profile Scientologists John Travolta and Tom Cruise—whom the filmmakers have publicly called upon to criticize their faith’s abuses—are a lot less excited about it.