The 5 types of Oscar Upset 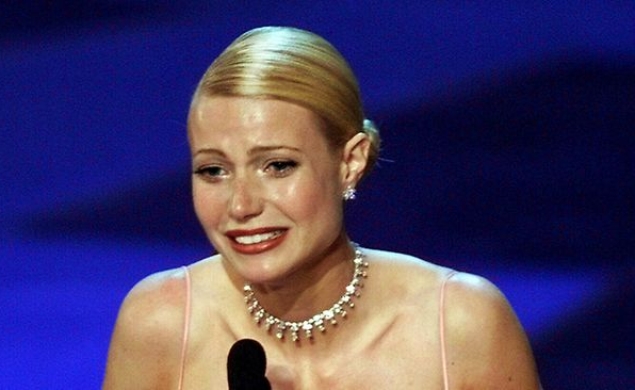 As we prepare for one of the more pre-ordained Academy Awards in recent memory, the word “upset” is on the lips of awards prognosticators, office-Oscar-pool hopefuls, and those who just really want Bradley Cooper to take home Best Actor. But looking back through history, Oscar upsets really aren’t that rare; throw a Google rock and you’ll hit a list of  anywhere from 10 to several dozen “greatest” upsets. It’s less a question of if there will be an upset than a question of what kind of upset it will be. In an effort to bring some order to the chaos, we looked back through Oscar upsets past and divided them into five distinct types, each representing the different ways in which The Academy can surprise—or disappoint—us.

The Weinstein Upset
In 1999, Saving Private Ryan seemed unstoppable: Director Steven Spielberg, just a few years away from Schindler’s List, had again proven he could add gravitas to his visual wizardry—and, at a minimum, staged a D-Day sequence that instantly joined the ranks of the greatest battle scenes ever filmed. That seemed more than enough to beat all comers, not least a trifle like Shakespeare In Love, a witty riff on the Bard that struck many as charming but insubstantial. And yet Miramax honcho Harvey Weinstein, who runs Oscar campaigns with the take-no-prisoners shrewdness of a political campaign, dumped millions of promotional dollars in Hollywood trades and newspapers, and pulled off an upset that few predicted. (It was a particularly miserable night for Spielberg, who also had to endure the antics of Best Actor winner Roberto Benigni—another Weinstein-engineered triumph—for the Holocaust comedy Life is Beautiful, a film he found distasteful.)

But there was precedent for the Shakespeare In Love victory: Three years earlier, the Oscar for Best Supporting Actress was supposed to go to Lauren Bacall in Barbra Streisand’s The Mirror Has Two Faces, capping a long and storied career in Hollywood. She had picked up the Golden Globe and the SAG Award for it already, and looked absolutely startled when Juliette Binoche won it for The English Patient, which Weinstein shepherded to a dominant nine awards that year. In her memoir, Bacall acknowledged Weinstein as a “master” who had “done it again,” to the disappointment of herself and her children. Away from the Miramax machine, Weinstein hasn’t been quite as effective, but even this year, The Imitation Game lies in waiting, every bit the prestige dark horse that Shakespeare In Love was in ’99. Don’t act surprised if it wins.

The Populist Upset
And the nominees are: All The President’s Men, Bound For Glory, Network, Taxi Driver, Rocky. Which of these it not like the others? The 1977 Academy Awards ceremony pitted four established masters—Alan J. Pakula, Hal Ashby, Sidney Lumet, Martin Scorsese—against John G. Avildsen and Sylvester Stallone, a newcomer who had written his own ticket with Rocky. It’s the least substantive of the five nominees by far—though it’s not necessarily undeserving on its own merits—but Hollywood is in the narrative business, and the populist appeal of Stallone’s story, which goes hand-in-glove with Rocky’s underdog tale, proved irresistible.

Being a more conventional, broadly appealing choice against a phalanx of heavy-hitters is a great position for an Oscar spoiler to be. Against the tortured likes of Born On The Fourth Of July or My Left Foot, the gentle bromide of Driving Miss Daisy, with its heartwarming performances by Jessica Tandy and Morgan Freeman, proved far more palatable to Academy voters, even if the choice seems embarrassing in retrospect. The historical argument for Ordinary People over Raging Bull in 1980 is a thin one—though Ordinary People is excellent on its merits—but a straight-ahead drama, directed by an established Hollywood star, had the edge on a Scorsese drama of startling brutality. (The pattern would repeat itself 10 years later, when another actor-turned-director bested Scorsese. See: The Hindsight Upset.) Then there’s the case of Reds, Warren Beatty’s three-plus-hours epic on literary types during the Russian Revolution, which picked up 12 nominees, but lost to Chariots Of Fire, a weepie with an earworm of a score. Sometimes the Academy will vote for what it can easily stomach.

The Hindsight Upset
Pieces on the greatest Oscar upsets often cite ceremonies like the one in 1942, when Orson Welles’ Citizen Kane, branded for the longest time as the greatest film ever made, lost Best Picture to John Ford’s How Green Was My Valley. The argument seems rhetorical rather than analytical: How did the best movie ever lose to a Welsh drama that wouldn’t even appear on the shortlist of great Ford films? A better rhetorical question would be: How often are era-defining masterpieces acknowledged at the time? In the language of modern Oscar punditry, Welles was a longshot choice, a talented upstart with a difficult film going up against a highly respected veteran who had produced another very good drama. That’s only an upset in hindsight, just as the majority of other Oscar winners have not been considered, in retrospect, the best possible choice for the year they were released.

Ditto the more recent case of Martin Scorsese’s Goodfellas losing out to Kevin Costner’s Dances With Wolves. Then and now, critics believed that Scorsese had made the better film and certainly deserved his first Oscar—more than when he finally got it 15 years later for directing The Departed. Yet in 1990, Costner had the more compelling story: Dances With Wolves was presumed to be a fiasco—Costner added $3 million of his own money to the budget and the wags referred to it as “Kevin’s Gate”—but critics were surprised by its quality and audiences flocked to it in droves, earning it $184 million domestically. Given the extremity of the violence and language in Goodfellas, it emerged as a safe, popular choice for an Academy known as conservative and risk-averse. Important note to armchair Oscar historians: Just because a film is a masterpiece now doesn’t mean it was a favorite then.

The Young Upstart Upset
Is there anything more upsetting to the collective, engorged Hollywood ego—which looks at the Oscars as a long game that must be won over time, and with a lot of literal and figurative due-paying—than being bested by a fresh-faced kid who stumbled into acting almost by accident? Consider 1993's Academy Awards: Anna Paquin—an unknown 11-year-old from New Zealand who’d landed a juicy part as Holly Hunter’s daughter in the searing drama The Piano at an open audition she was dragged to by her sister—was up against Rosie Perez for Fearless, Winona Ryder for The Age Of Innocence, Hunter for The Firm (who was, by all appearances, rooting for Paquin in this category, as Hunter was also nominated for Best Actress for The Piano), and Emma Thompson in The Name Of The Father. Ryder was the critical favorite, and Paquin was believed an unlikely choice due to her age and lack of experience. Check out the pinched faces on Ryder and Perez when Paquin does win—even Daniel Day-Lewis looks pissed. Paquin’s wide-eyed, shocked on-stage giggling probably didn’t lessen the burn.

Other notable youthful-dark-horse upsets include Cuba Gooding Jr., whose exuberant speech after winning 1997’s Best Supporting Actor for Jerry McGuire only underscored just how starry-eyed he was; Marisa Tomei’s 1993 Best Supporting Actress win for My Cousin Vinny, believed by some desperate Hollywood conspiracy theorists to be a mistake; and a 29-year-old Adrien Brody’s effusive, Halle-Berry-smooching win for Best Actor for The Pianist in 2003. And then, of course, there’s Jennifer Hudson, who won the Oscar for Best Supporting Actress in 2007 instead of Adriana Barraza and Rinko Kikuchi in Babel, Cate Blanchett in Notes On A Scandal, and Abigail Breslin in Little Miss Sunshine (who, to be fair, would’ve made for an even younger dark-horse upset). Cate Blanchett, ever graceful, was the only one who managed a convincing grin after being upstaged by someone who’d recently been a finalist on American Idol.

The Non-Establishment Upset
Unlike the Young Upstart Upset, which draws heretofore unknown or unheralded performers or technicians into the welcoming, golden bosom of the Academy, the Non-Establishment Upset represents industry outsiders shouldering their way in, collecting an award they most likely never dreamed of winning, much less pursued with the fervor of your typical Oscar campaigner. The Best Original Song and Score categories are the most common place to see this sort of upset, as when Three 6 Mafia won in 2006 for Hustle And Flow's “Hard Out Here For A Pimp,” or even Eminem's 2002 win for 8 Mile’s “Lose Yourself” (which he didn't even show up to accept), thus far the only two times hip-hop has crashed the Oscar party. Along similar lines, Indian super-producer A.R. Rahman's 2008 Best Original Song win for Slumdog Millionaire's “Jai Ho” represents one of the very few times the Bollywood has encroached on the Hollywood establishment. Even Trent Reznor and Atticus Ross, who have since become something of a movie-score institution through their continued work with David Fincher, represented a major shift of Oscar's affection when they won in 2011 for their non-traditional score for The Social Network against established industry names like Hans Zimmer and Alexandre Desplat.

There's also the even rarer case of a non-actor winning an acting Oscar, as with Cambodian physician Haing S. Ngor's 1985 Best Supporting Actor win for playing genocide survivor Dith Pran in The Killing Fields. Ngor had never acted before the film's casting director spotted him at a wedding, and though he went on to dabble a little more in acting over the subsequent decade, he committed himself post-Oscar to humanitarian efforts until he was murdered in 1996. And though she went on to become a continually working actor, Marlee Matlin's 1987 Best Actress win for Children Of A Lesser God was not only the rare win by a first-timer, but also the even rarer—unique, even—case of a deaf performer taking home the gold.

But World War II veteran Harold Russell achieved perhaps the greatest Non-Establishment Upset in 1947, when he was nominated for his role in William Wyler's The Best Years Of Our Lives. Russell had lost both of his hands in the war and had them replaced with hooks, which led to him performing in a military instructional film, which is where Wyler saw him and cast him as Homer Parrish, a sailor who… lost both his hands during the war. Russell was nominated for Best Supporting Actor, but the Academy was so certain he wouldn't win, it awarded him an Honorary Oscar “for bringing hope and courage to his fellow veterans.”  Then he went ahead and won the big award as well. Russell didn't act much after that—not many roles out there for handless actors—but he went down in the Oscar history books for being the only nominee to ever win two awards for the same role. Now that's an upset.