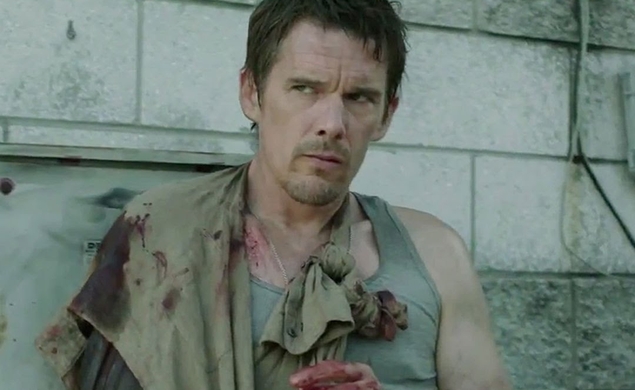 In yet another attempt to prove that the writings and lessons of William Shakespeare can be applied to the most modern of settings—from high school to fish-tank-bedecked mansions—Michael Almereyda brings us his vision of Cymbeline, reworked into biker gang-centric drama known as Anarchy. It’s familiar enough material for Almereyda and his star Ethan Hawke, who previously gave the modern treatment to Shakespeare with their 2000 version of Hamlet. That film, of course, had fewer crooked cops and angry bikers.

Anarchy pulls liberally from Cymbeline, one of Shakespeare’s offerings from The First Folio, which is itself a very complicated story of murder, mistaken identity, and royal hijinks. (We told you it was Shakespeare!) It’s even got more than a little bit in common with Romeo And Juliet, thanks to its central love story (forbidden love, naturally) and a wicked little poison that only approximates death. Almereyda’s version of the story involves drug-dealing bikers, so some version of that poison will likely worm its way into this story.

Ed Harris stars in the film as Cymbeline—a drug kingpin who goes nuts when his only daughter (Dakota Johnson as Imogen) hooks up with a dude he doesn’t approve of (Penn Badgley as Posthumus). In Shakespeare’s play, Cymbeline’s big beef was that whomever Imogen married would become king, and he didn’t want Posthumus for the job. Looks like this Posthumus doesn’t have the grit to make it as a drug dealer or whatever. Although it’s not exactly clear from this new full trailer, a gritty and violent little slice of lawless life, Hawke is playing a guy (Iachimo) who is first set up to help Posthumus before betraying him—and, yes, it involves that poison. 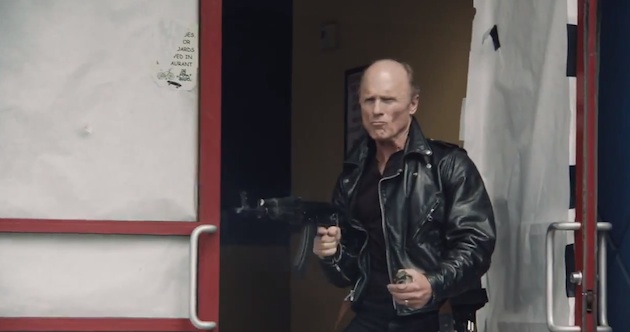 It’s unclear just how closely Anarchy will hew to Cymbeline—again, the original is really complicated—but Almereyda has already proven himself able to adapt such material to modern settings, so consider our interest high.