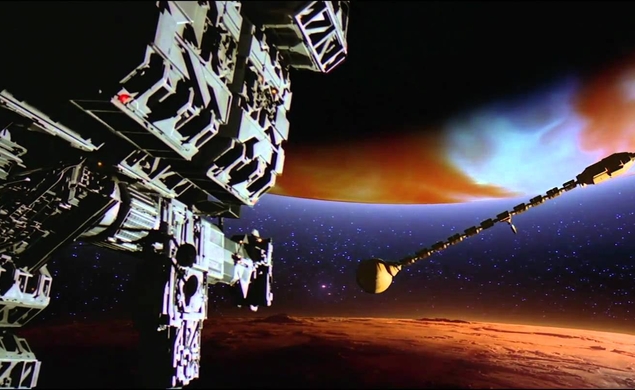 Compared to 2001: A Space Odyssey, the 1984 sequel 2010 is pretty paltry: It’s an over-explanatory, more pulp-rooted science-fiction adventure, which borrows its few visionary flashes from its predecessor. But on its own merits, 2010 is a fine-looking, well-acted genre piece, a lot smarter and classier than many other SF movies of its era. The late Roy Scheider gives a warm performance as scientist Heywood Floyd, while writer-director Peter Hyams stays fairly true to the flavor of Arthur C. Clarke’s novels, right down to the optimistic, cosmic finale. Plus, as is often the case with movies that predict the future, 2010 is fascinating just as a glimpse into 1984’s idea of what the 2000s would be like. (In brief: the U.S. is still embroiled in a cold war with the Soviet Union, and computers use cassettes.) 2010 airs on Turner Classic Movies on Sunday at 3:30 p.m., immediately after 2001—which is a legit masterpiece, if you’re into that kind of thing.