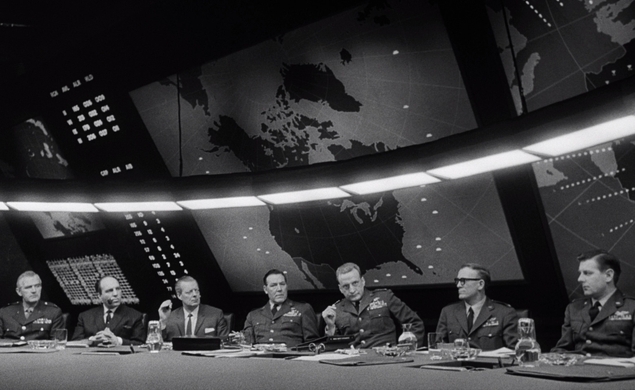 After Stanley Kubrick died, people who had regular personal contact with the reclusive director—like writer Michael Herr—talked about how Kubrick had an unexpected taste for all kinds of American comedy, from The Simpsons to Seinfeld to Albert Brooks. That shouldn’t have been surprising though to anyone who paid attention to the man’s work, which leans heavily on sardonic humor and dry satire, from the toilet joke in 2001 to Tom Cruise’s deadpan performance an existential clown stumbling through a dreamlike New York in Eyes Wide Shut. The one time Kubrick made an unmistakably “funny” movie was 1964’s H-bomb farce Dr. Strangelove, which effectively bridges the gap between his early films—punchy genre exercises from a distinctively skewed perspective—and the fussier, weightier masterpieces that followed. It’s hard to miss the comedy in Dr. Strangelove, which mocks the fanatical military men and world leaders who’ve been entrusted with the power to destroy the world. But there’s also no mistaking that it’s a Kubrick film, with its eye-popping sets, striking lighting, pregnant pauses, and big ideas. The wit and the gravitas were always woven tightly together in his oeuvre. Dr. Stranglove airs on Turner Classic Movies tonight at 8 p.m. Eastern.