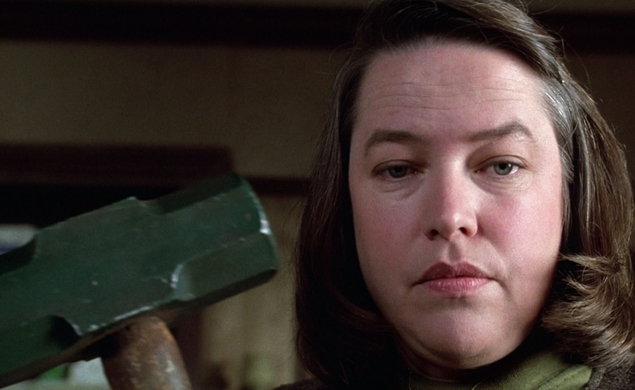 How weird is it that two of the best movie adaptations of Stephen King were both directed by Rob Reiner? And that one of them would be Misery? It made some sense for Reiner to tun King’s novella “The Body” into the nostalgia-piece Stand By Me, because that wasn’t a horror story. But Misery is a thriller through and through, with James Caan playing a writer of romantic potboilers who has a debilitating car accident and is rescued by a fan (played by an Oscar-winning Kathy Bates), who forces him to write a new book featuring her favorite character. William Goldman’s script stays close to King’s book, right down to using the author’s odd colloquial expressions like “dirty birdie” and “cockadoodie.” The result is a movie that has as much of King’s flavor as just about any other adaptation ever made. It’s also one that Reiner keeps under precise control, balancing Bates’ grandiosity and Cann’s mumbly naturalism, while also making sure to pepper in plenty of effective scares. Misery is a crackling nail-biter, and it airs tonight on Encore tonight at 8 p.m. Eastern.