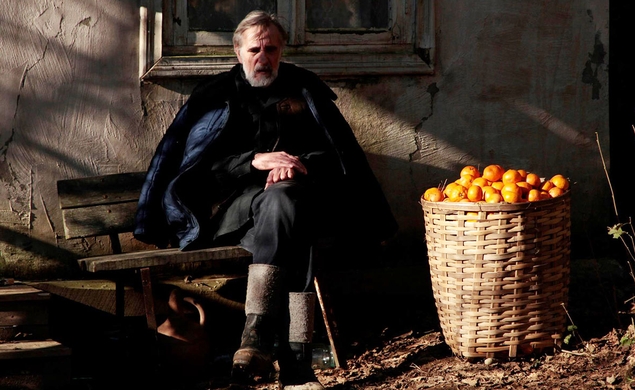 This year’s nominees for the Academy Award for Best Foreign Language Film are a real mixed bag, one the includes the beloved Polish film Ida, the Argentinian festival favorite Wild Tales, Russia’s extremely highly regarded Leviathan, Mauritania’s actually-now-in-theaters Timbuktu, and one extreme outlier: Estonia’s Tangerines. Like Timbuktu, Zaza Urushadze’s Tangerines (also known as Mandariinid) is the first film from its country to be nominated for an Oscar. Unlike Timbuktu, Tangerines has yet to be released in the U.S., the only nominee in the category to not have a release (or a planned one on the books).

Deadline reports that Samuel Goldwyn Films has purchased the U.S. rights to the drama, with a plan to release it Stateside sometime this year. (Sadly, not before the Oscars are actually handed out.)

The film stars Lembit Ulfsak as Ivo, an ethnically Estonian man who stays at his Georgia farm during the war that tore the territory apart after the fall of the U.S.S.R. Intent on harvesting his tangerine crop, Ivo and another Estonian neighbor (Elmo Nuganen) are unexpectedly tasked with caring for a pair of wounded soldiers—one Chechen, one Georgian, both of whom promise to kill the other as soon as they are well enough. What follows is a reportedly deeply pacifist and very human story. Hankies at the ready.