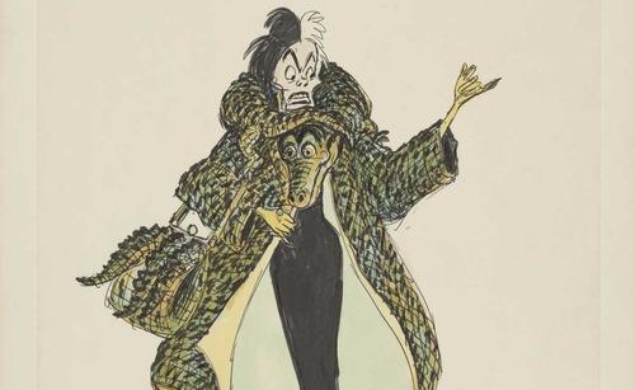 The Rescuers, Disney’s smash hit adaptation of Margery Sharp’s series of children’s books about heroic mice, was in production for decades before it hit the screen in 1977. Like many animated films, it underwent myriad permutations before arriving in its final form. The film ultimately featured a Cruella De Vil-like villain named Madame Medusa, but at various points, the villain of the movie was supposed to be Cruella De Vil herself, an idea nixed because Disney was apparently not into making sequels at the time.

Yahoo Movies is reporting that the diamond edition of One Hundred And One Dalmations (oh Disney, will you ever tire of re-releasing your movies?) contains a featurette on what it deems “Cruella’s lost role” that contains design sketches for a disco-era Cruella De Vil that never made it into the feature. 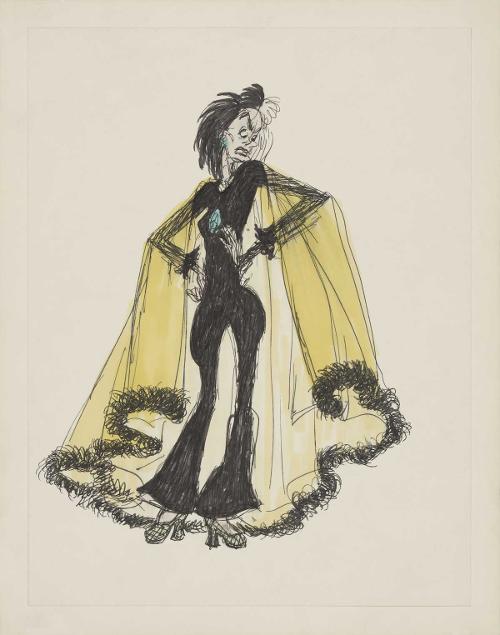 Cruella De Vil was always Disney’s most fashion-forward villainess, a woman literally willing to kill to look good, and these sketches provide a fascinating glimpse into what might have been. These never-used designs also answer the seldom-asked question, “What would One Hundred and One Dalmations' Cruella De Vil have looked like if she did too much blow and spent much of the 1970s alternating between Studio 54 and Plato’s Retreat?” 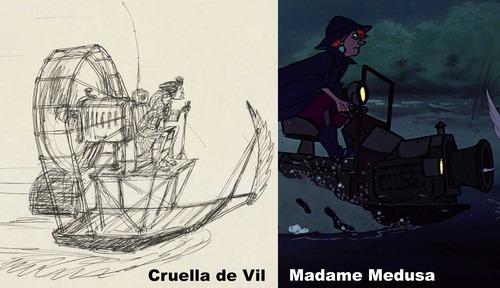 The answer, it seems, involves funky rock-star glasses, an alligator as a stole, an alligator as a coat, hip-hugging bell bottoms, and thigh-high boots, in addition to her signature two-tone shock of black-and-white hair and pervasive look of unconcealed disgust. Disney softened on the notion of sequels to the point that The Rescuers received a follow-up of its own in the form of 1990’s tardy The Rescuers Down Under, while the character of De Vil eventually returned to the big screen in live-action form in Disney’s hit remake of 101 Dalmations and its subsequent sequel, 102 Dalmations. So while these sketches are all we’ll have of the Cruella De Vil incarnation of The Rescuers, we’ll always have these priceless images of Gerard Depardieu in character in a 101 Dalmations sequel that I think we can all agree would have proved to Walt Disney himself that follow-ups are an excellent idea. 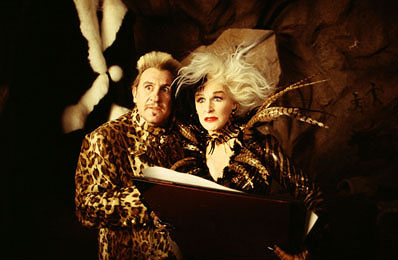