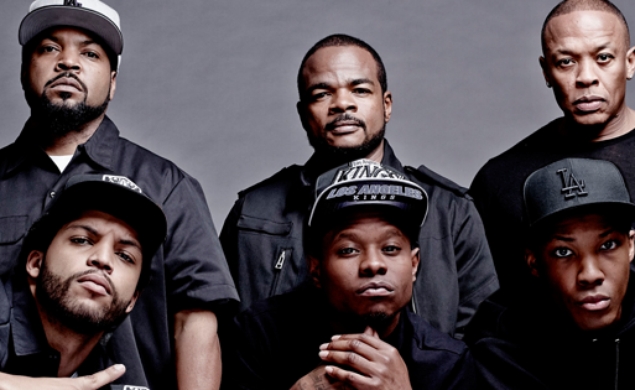 Just last month, Grantland ran an excellent article on the new sound of protest music, and how the righteous urban frustration from artists such as Kendrick Lamar, D’Angelo, and Kanye West has motivated a new wave of awareness and social unrest. Our sister site declared the brilliant, hellraising Run The Jewels 2, which furiously calls out “the man behind the man behind the man behind the throne,” to be the finest album of 2014. Hip-hop’s cultural urgency is at an all-time high, and so there’s no better time for the brains behind N.W.A. biopic Straight Outta Compton to release their first red-band trailer. The original group to threaten tha police with a good fucking, N.W.A. brought a Los Angeles still stinging from Reaganomics and the “War on Drugs” to its feet. Any honest film depicting the activities of the notoriously violent, ideologically subversive group couldn’t possibly be contained within a green-band. The newly released video also includes a little intro showing Dr. Dre and Ice Cube rolling around Compton while they discuss the necessity of remaining true to one’s roots and run into Lamar, the one true rightful heir to the West Coast rap game.

Below, soak it all in, from Paul Giamatti’s majestic white mane to Corey Hawkins’ eerie resemblance to a young version of Are We There Yet? star Ice Cube. The trailer has some markedly unshy money shots of naked ladies blowing blunt-smoke at one another, so unless you work in a really, really cool workplace, this one is probably NSFW: 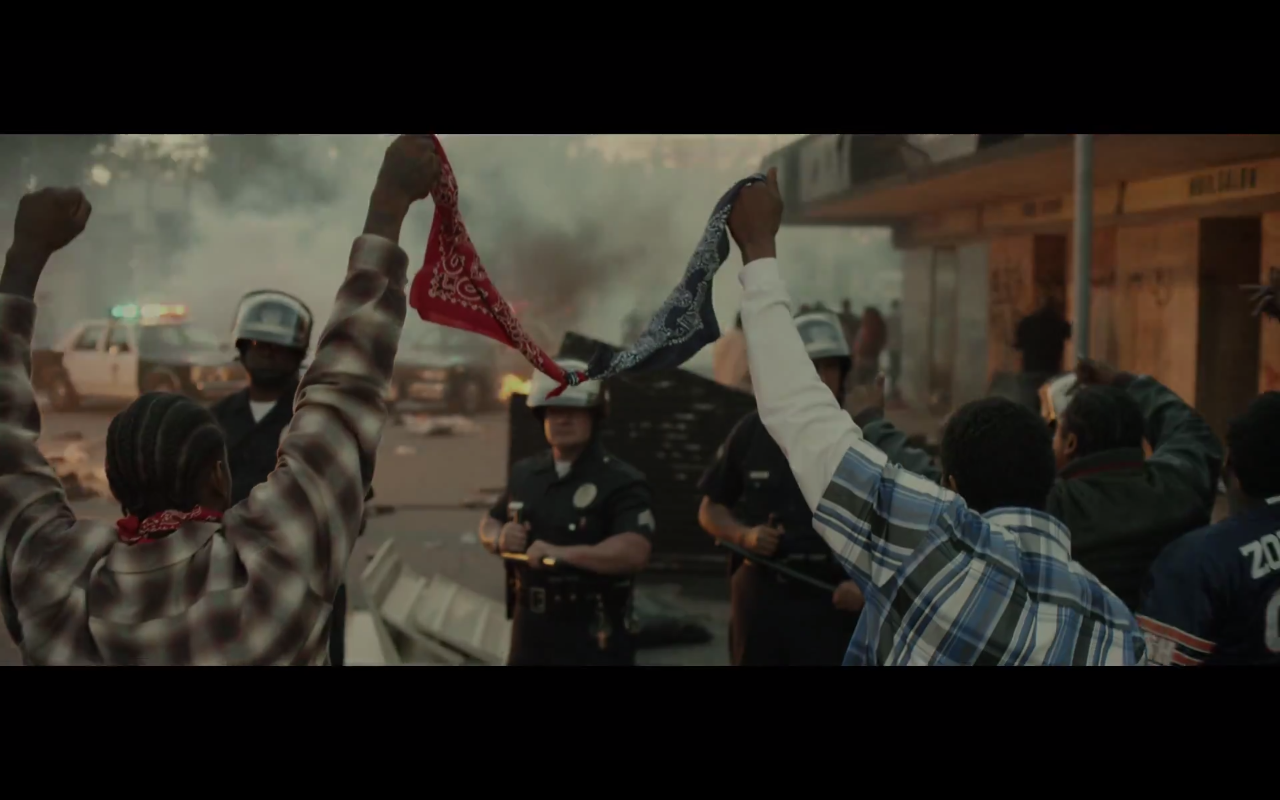 Like countless other suburban-bred white Jewish boys, I grew up on N.W.A., so I confess to something of a bias. Theirs is a story that America desperately needs shoved in their eyes and earholes right now, but there are still bits of the trailer that raise concern on a cinematic level. Straight Outta Compton can’t only be a noble political document; it also has to remember to be a good movie, and that’s where worry starts to germinate. Biopics are difficult to do well, and musician biopics doubly so.

Due to his intimate involvement with the milieu portrayed here (Gray directed Ice Cube’s seminal stoner comedy Friday as well as many of the rapper’s solo music videos, including his classic “It Was A Good Day” clip), Gray should be an ideal choice in the director’s chair, but the trailer raises a few red flags. “Ay, that shit was dope, B! That shit was dope!” sounds perilously close to the dreaded “You’ve cracked it wide open” line from Pollock. As previously explained by our own Scott Tobias, it’s never a good look for biopics and their subjects to immediately recognize their own significance in the public sphere. N.W.A. raised riots, but Ice Cube most likely never sat in a bus and groused about the dangers of truth-telling. Regardless: It’s a sensation most likely unfamiliar to most of the real men portrayed on screen, but Straight Outta Compton looks like it’s in the right place at the right time.