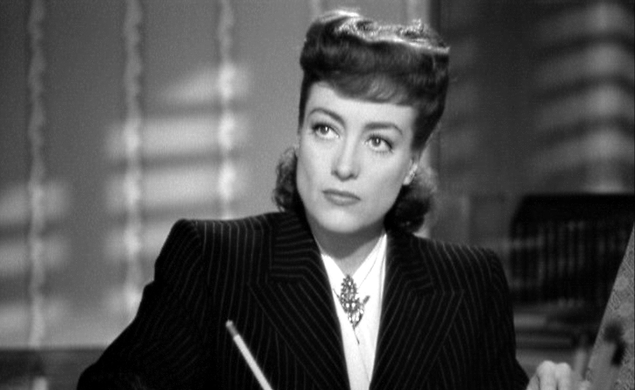 A rare example of the “noir melodrama” sub-genre, director Michael Curtiz’s adaptation of James M. Cain’s novel Mildred Pierce stars Joan Crawford as a divorced housewife who becomes a successful restauranteur, then sees everything get ruined by her spoiled daughter Veda (played by Ann Blyth). Ranald MacDougall’s script cuts away a lot of the detail from Cain’s novel—much of it later restored by Todd Haynes’ excellent recent HBO miniseries—but maintains the heart of the piece, showing how Mildred’s sense of shame over her lower-class background leads her to pursue material success at the expense of teaching her child a proper value-system. Crawford gives one of her best performances as kindly, ambitious, deluded Mildred, while Blyth is wonderfully hiss-able as an ungrateful wretch. And Curtiz brings a lot of muscle to material that in other hands could’ve been played as a generic tear-jerker. Curtiz emphasizes the darkness and pulpiness in the story, digging into the class resentment and twisted mother-daughter dynamic that drives Cain’s plot. Mildred Pierce airs on TCM at 3 a.m. Eastern.