Miles Teller transforms into a lean, mean boxer in the first photo from Bleed For This 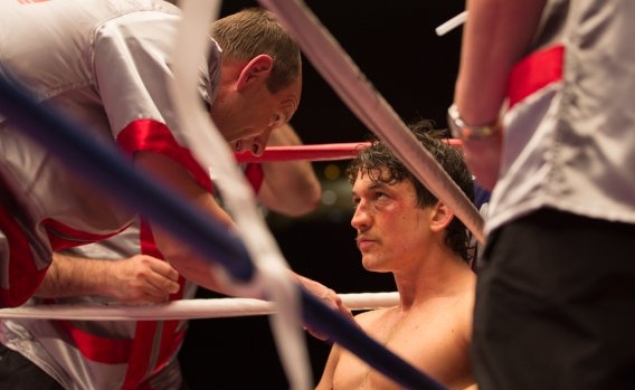 Miles Teller has either hired a very talented agent, or he’s got some preternatural knack for choosing his roles, because he’s done everything right so far. After establishing himself as a promising quantity with a minor role in well-regarded indie drama Rabbit Hole and demonstrating that he’d outgrown high-school date-night flicks such as Project X and That Awkward Moment, Teller impressed audiences with a fully realized turn in The Spectacular Now. He leveraged that attention into one starring role for them (Divergent), and one starring role for him (Whiplash). After his jaw-dropping performance as Whiplash’s driven drum virtuoso, Teller’s talent could no longer be denied, so he selected two perfect projects to counterbalance one another.

As Reed Richards in the new Fantastic Four reboot, Teller will hopefully launch a titanic franchise. Today, The Hollywood Reporter reveals the demanding character piece that will offset the big-budget blockbuster hopeful for Teller. Like Robert de Niro and Christian Bale before him, Teller has undergone a radical physical transformation for a movie about boxing, and the smell of Oscar is already drifting through the air. (It smells like spray tans and tooth whitener.) In Bleed For This, Teller will tie on the gloves of storied boxer Vinny Pazienza. Boxing fans first took notice of the scrappy fighter in 1991, when he trounced then-champion Gilbert Dale. His career appeared to be cut tragically short after Pazienza was hit by a car; medical professionals to him he’d never box again. In Hollywood, the instant that doctors tell someone that he’ll never walk/fight/have sex/dance again, his fate is sealed. Such obstacles will be heroically and inspirationally overcome. Such is Movie Law.

Aaron Eckhart will co-star as Pazienza’s steadfast trainer Kevin Rooney, and Ben Younger—director of Boiler Room, the other movie based on the exploits of money-horny weasel Jordan Belfort, and 2005’s Uma Thurman vehicle/rom-com Prime—will direct. THR also provided a first visual of a bloodied Teller as Pazienza, which we’ve included below. 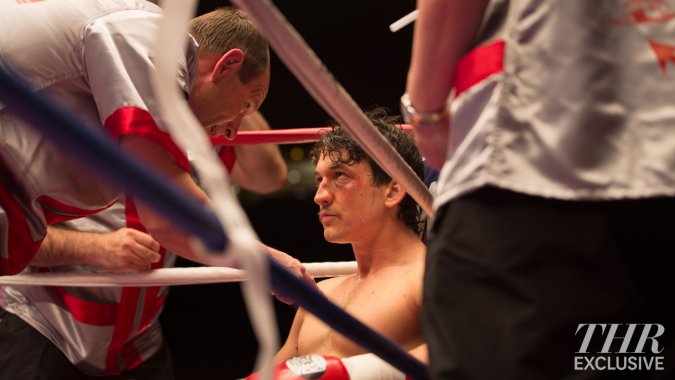