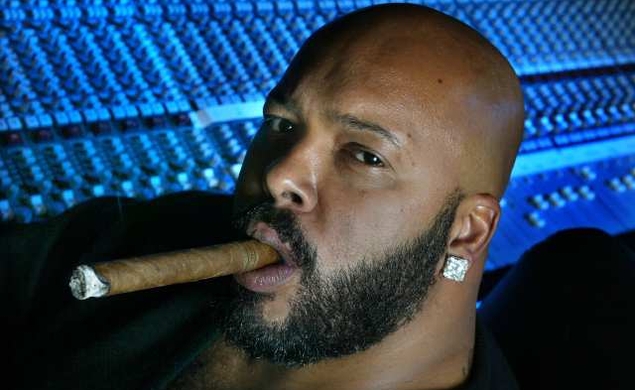 Eazy-E and Jerry Heller, the business masterminds behind notorious gangsta-rap supergroup N.W.A. and its label, Ruthless Records, were big believers in the maxim that all publicity is good publicity. One of the best things that ever happened to the group, from a business standpoint, was getting an angry letter from the FBI, who found its song “Fuck The Police” to be in somewhat questionable taste. That letter was a goldmine, publicity-wise, and the group’s self-designated “world’s most dangerous group” label proved irresistible to record-buyers, white and black, inner-city and suburban.

The “all publicity is good publicity” maxim bodes well for the upcoming release of the N.W.A. biopic Straight Outta Compton, which received some unwelcome, but in hindsight, not terribly surprising publicity when notoriously violent Ruthless enemy Suge Knight—who scooped up Dr. Dre for his nascent Death Row label after extricating him from Ruthlesss Records—was arrested for reportedly participating in a fatal hit-and-run near a commercial shoot for the movie. The filmmakers are not letting the death slow the project down, however, and still plan to move forward with its scheduled Aug. 14 release date.

Details on the arrest and vehicular homicide were initially scant, but The Hollywood Reporter fleshes out the incident. Allegedly, the shoot Knight crashed was a commercial shoot helmed by veteran music-video director Paul Hunter. Knight arrived on the set uninvited, at which point the set was wisely closed down for security reasons, due to Knight’s reputation. Knight reportedly got into a fight with a crew member named Cle “Bone” Sloan, who, according to the article, was a former gang member who’s often hired to act as “Hollywood liaison” for productions. The altercation continued at a nearby Tam’s Burgers when Knight reportedly deliberately took aim at the 51-year-old Sloan with his Ford F-150 Raptor. Sloan was hospitalized in stable condition. 55-year-old Terry Carter, who was also on the scene, was not so lucky and died.

That’s an awful lot of drama for one commercial set, but apparently, the commercial is set to resume production after that unfortunate hitch. The article quotes an “insider” as saying, “I would be shocked if it’s scrapped. The expectation is that it will finish.” It’s tragic that Carter had to lose his life and that Sloan was injured, but the media circus sure to surround the case is bound to provide plenty of free publicity for the biopic until its August opening and beyond. Such is this depressingly predictable case of art imitating life, or in this case, (ostensibly) real-life Suge Knight violence imitating cinematically depicted Suge Knight violence.

The N.W.A. biopic was looking a little staid and convention-bound, like the recent hit Notorious B.I.G biopic Notorious, which had a great central performance from the unfortunately named Gravy, but otherwise veered towards slick hagiography. This reported crime adds an element of danger that’s both appropriate and unfortunate, considering the air of violence that always hung around N.W.A. in the few impactful years they were together.