Sundance-winning doc The Wolfpack honors other classics in new clips 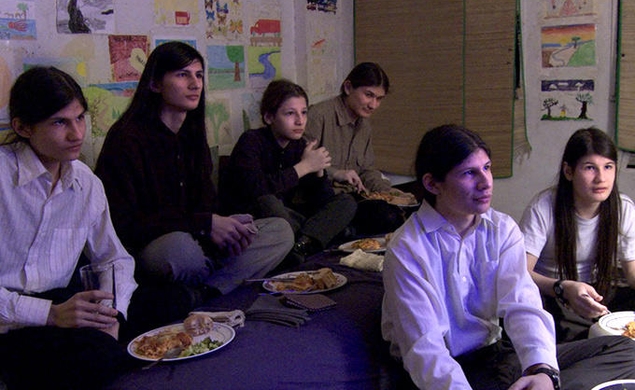 The Sundance Grand Jury Prize-winning documentary The Wolfpack owes much of its charm to its own inherent love of movies, so it’s only appropriate that said pack honor the films that came before them as a special thank you to the recently concluded film festival. Crystal Moselle’s documentary follows the Angulo family, an insular clan who live on Manhattan’s Lower East Side, including six film-obsessed brothers who rarely venture outside. Instead, the very creative and extremely bright brothers pass the time by re-creating some of their favorite films within the confines of their living space.

The brothers have eclectic—but solid—tastes, and The Wolfpack makes mention of films like The Fighter and Casablanca in equal measure. (They are also obsessed with Batman and horror films, but that’s normal enough.)

As a special nod to their Sundance brethren, the brothers have just made available four clips that pay homage to four Sundance hits, including Clerks, The Usual Suspects, El Mariachi, and The Blair Witch Project. They’re both very charming and stunningly detail-oriented. Take a look:

The Wolfpack was picked up for distribution by Magnolia during its Sundance run, and should hit screens sometime this year.