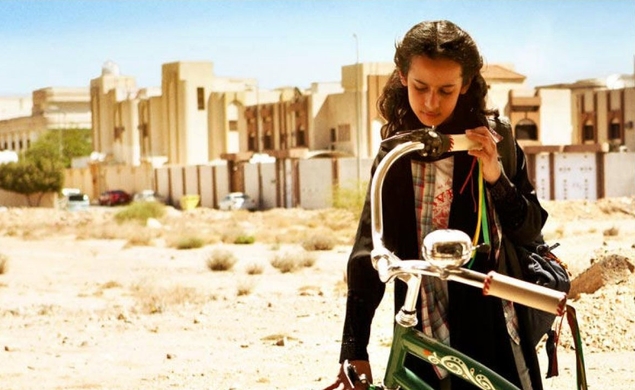 This is the stretch of awards season when countries announce what they’ll be submitting to the Oscars as their national representative for Best Foreign Language Film (each country gets just one). Last Friday, Saudi Arabia announced its pick was Wadjda, described by the Saudi Society For Culture And Arts’ Sultan Al Bazie as “an authentic representation of our country and our culture,” adding the organization was “delighted that the themes and the story of this film has connected with an audience far beyond our borders.”

In one sense, it’s the only logical choice: No other films have been produced by Saudi Arabia this year. From another perspective, it’s an very unusual decision, because Wadjda happens to be the first Saudi feature directed by a woman. It follows an 11-year-old girl based on director Haifaa al-Mansour’s niece, and deliberately depicts what it’s like to be a woman in Saudi Arabia, so it’s a little surprising it’s the country’s official submission to the Oscar race. Saudi Arabian women can’t drive and in especially conservative neighborhoods they can’t mix publicly with men, so al-Mansour frequently had to direct her cast and crew from inside a van.

That the film exists at all is unusual even apart from its subject matter. This 2010 article by the Middle East Media Research Institute’s Y. Admon provides an excellent overview of Saudi Arabia’s ongoing debates over whether movies should be allowed to be shown at all and if so which and where. It’s worth reading in full, but some highlights: there were some improvised movie theaters in the country in 1980, but they were shut down due to “strong objections on the part of religious conservatives.” This state of affairs remained static until July 2006, when the country had its first film festival.

Three years later, in June 2009, the Saudi-made Menahi was approved for exhibition in Riyadh (after five months of waiting), becoming the first Saudi film to see some kind of release in 30 years. The film was produced by Rotana, a production company owned by Saudi Prince Alaweed bin Talal, who subsequently issued a press release trumpeting the film’s success and announcing his ongoing plans to push for change by sponsoring “the first Saudi film, first Saudi lady pilot and first Saudi lady equestrian jockey, and currently [employing] a ratio of 65% ladies to 35% men in Kingdom Holding Company a first for a Saudi company.” The screenings were not without controversy: some clerics even claimed earthquakes in western Saudi Arabia were a direct result.

Wadjda is also partially produced by Rotana, its existence representing another step forward for the possibility of future Saudi cinema. Without movie theaters, getting Saudis to see the film will be a challenge, though it’s available on DVD and has been shown on TV. How theaters will be built and who’ll be admitted if this happens will be a whole separate debate, requiring hashing out of issues about whether men and women can attend the same screenings and what kinds of film can be shown.