Lego Helicarrier soon to be available for the low, low price of $350 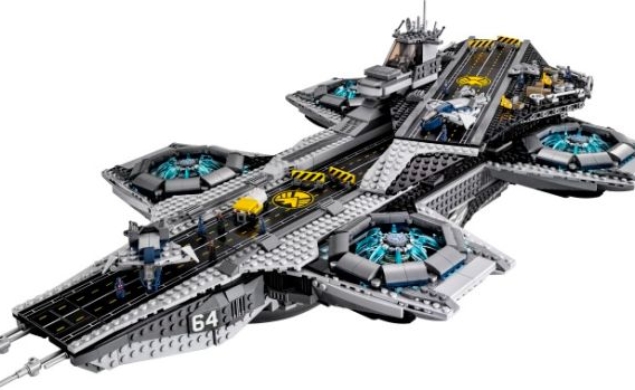 We haven’t conducted an extensive demographic survey of our readership here at The Dissolve, but we’re just going to assume you are all obscenely wealthy and wish to spend your vast fortune making up for your lost childhood, when you compulsively watched movies while your parents gallivanted about in Europe, ignoring your letters pleading for their time and attention.

To that end, we recently hipped you to Mondo’s The Iron Giant figure, which can be had for the low, low price of $300. There’s more good news for people who like to spend way too much money on toys, and whose lost childhoods were about three years ago, when The Avengers came out: Lego has announced it will be releasing a massive set so fans can build the SHIELD Helicarrier, the pimped-out super-vehicle that figures prominently in Avengers. The Lego Helicarrier will be unveiled at the New York Toy Fair next month, and has some 3,000 pieces, plus elements including a display stand, a “detailed runway” (how much detail does a runway need?), three “microscale Quinjets,” three fighter jets, a gasoline truck, two forklift trucks, and a bunch more things, such as microfigures of Nick Fury, Hawkeye, Captain America, Iron Man, and eight anonymous, probably-going-to-die-in-a-Helicarrier-crash SHIELD agents. All this can be yours for $350, which is good news for people with all the money in the world, an insatiable hunger for collecting cool-ass pop-culture toys, and a whole lot of building time on their hands. Just remember that you’re supposed to be re-creating The Avengers, not The LEGO Movie: Even if the thing does cost $350, it isn’t kosher to buy yourself one, glue it all together, and keep it from your kids.