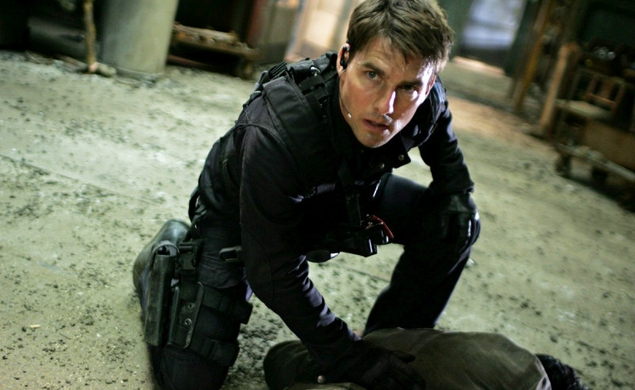 For decades, Scientology was protected by a wall of silence fortified by its notorious “fair game” policy, which dictated that critics of the “religion” be attacked and harassed by any means necessary. That wall of silence began to crumble when notable ex-Scientologist Paul Haggis spoke out against the organization, first in a New Yorker article, then in Lawrence Wright’s massive, sweeping indictment of Scientology, Going Clear, which insanely prolific filmmaker Alex Gibney has adapted into the most buzzed-about, controversial documentary at Sundance.

Sure enough, as our own Rachel Handler reported in the Newsies yesterday, Gibney and Wright have been the subject of a campaign of hostility from a Scientology-linked group calling itself Freedom Media Ethics, which, in keeping with Scientology’s penchant for Orwellian double-speak, seems to be against freedom, the media, and ethics. Despite its name, its Twitter account links to a website filled with statements like, “The Church has documented evidence that those featured in Gibney’s film regurgitating their stale, discredited allegations are admitted perjurers, admitted liars and professional anti-Scientologists whose living depends on the filing of false claims.”

Gibney and Wright aren’t taking the criticisms lying down, however. In an interview with Variety, Gibney and Wright doubled down on their criticisms of the cult L. Ron Hubbard built—specifically, from the contributions of wealthy celebrity Scientologists—by calling for John Travolta and Tom Cruise to publicly criticize it.

In response to a question about the duo’s culpability in Scientology’s more controversial activities—such as employing low-paid “Sea Org” members to work for Scientology’s superstar members—Gibney responded, “By now there is a well-documented record of abuses in the Church of Scientology, yet Cruise and Travolta have never spoken out about them. By not speaking out, it’s a kind of an endorsement and I think that’s why we’re right and properly critical.” Wright added, “They’re selling a product and the product they’re selling is oppressing some of the people inside the church, especially the clergy, which is called the Sea Org, and Cruise has spent countless hours out on the Sea Org base where—on that same base where he has a special chateau—there’s these double wide trailers called the hole, which is a kind of re-education camp where people have been incarcerated for years. Sleeping on the floor on bedrolls with ants crawling around, abused physically, made to lick the floor or the toilet with their tongue. It’s just unbelievable degradation. If [Cruise] is ignorant of that then it’s willful on his part.”

Gibney pointed out that Sea Org members were being paid $.40 an hour for “tricking out” Cruise’s car (although can you really put a price on the honor of even being able to touch an automobile driven by Tom Cruise, and if so, would it exceed $.40 an hour?), to which Wright added, “We hold people like Tom Cruise and John Travolta and others responsible for not demanding change inside that church.” Will Cruise and Travolta pull a Haggis and turn against an organization to which they have given so much? It’s unlikely, but it’ll be interesting to see the impact of the documentary, and whether it will another nail in the coffin of a discredited group.