The Strangers is getting a stranger sequel 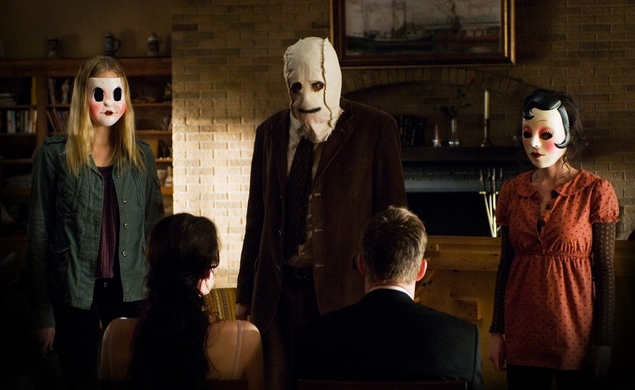 Like the overwhelming majority of horror movies, 2008’s The Strangers concluded by setting up a possible sequel. It’s been seven years since its release, so we’ve safely reached the spoiler statute of limitations: The film ends with its three masked tormentors getting away clean, and commenting that killing people will be easier for them next time. It looks like after seven long years, The Strangers is prepared to find out whether that’s true.

The Wrap reports that Marcel Langenegger, director of 2008’s Hugh Jackman vehicle Deception, will helm a sequel to The Strangers to be produced by Relativity. The plot will track “a family on the verge of sending their troubled teenage daughter to boarding school as they embark on one last family trip to a mobile home park that their uncle runs.” Inevitably, the homicidal lunatics known as Man in the Mask, Pin-Up Girl, and Dollface visit the trailer park and trap its inhabitants in a series of sadistic, lethal games. Anyone who survives the onslaught should presumably have their family bonds reaffirmed. It’s like the old saying goes: "The family that eludes masked murderers together, stays together.”