Our next Movie Of The Week: Back To The Future 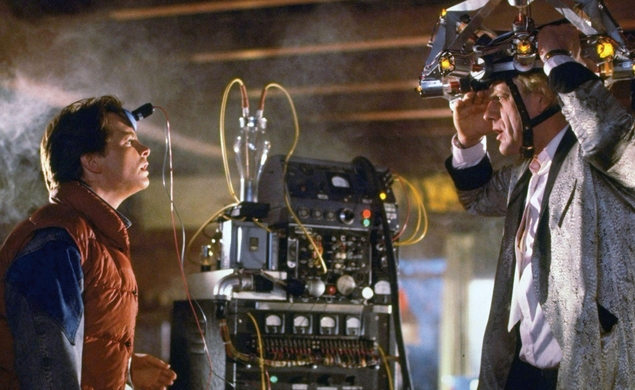 As one of our eagle-eyed commenters noted when we announced we’d be doing Back To The Future as a Movie Of The Week, this is the first time we’ve featured a second film from the same director, having previously tackled Robert Zemeckis’ Who Framed Roger Rabbit. (Update: OK, that’s not quite right. We’ve done two Richard Linklater films, too.) There’s a reason for this, beyond our general fondness for Zemeckis’ movies: It’s 2015. That means we’re living in the future Marty McFly (Michael J. Fox) and Doc Brown (Christopher Lloyd) set off to visit at the end of Back To The Future. That also means everyone’s going to be writing about this movie this year, so why not get it out of the way early?

There’s another, better reason to cover Back To The Future, however: It’s a terrific movie, one that holds up to repeat viewings and, if anything, has only gotten richer over the years. Already filled with nostalgia for the 1950s—mixed with a healthy amount of skepticism about its own nostalgia—it’s now also an object of nostalgia as a very ’80s product of the ’80s. Above all, it’s as charming as it is clever, a love story between a boy and his parents made with panache, affection, and a pair of hits from Huey Lewis And The News.

Next Tuesday we’ll kick off the discussion with a Keynote and a Forum covering the first film. And on Thursday we’ll take a look at how the first film and its sequels are some of the best time machines film has ever produced—sometimes in ways the filmmakers themselves couldn’t have anticipated. In the meantime, here’s Tom Wilson, who played Biff in the series, answering some frequently asked questions about his experiences making the film: