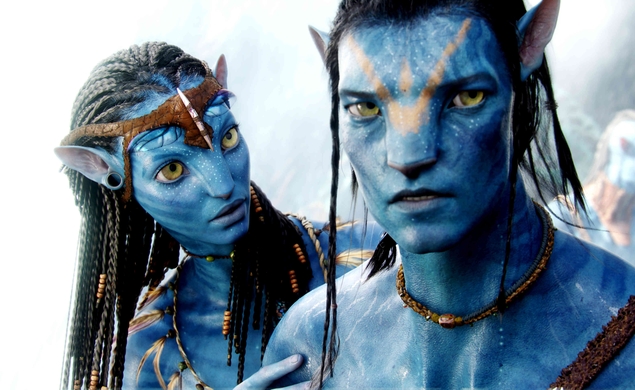 Just this past Friday, we here at The Dissolve joined the fray of sites publishing think-pieces on why James Cameron’s Avatar has been ignored despite making nearly $3 billion and becoming one of the top-grossing films of all time. Yet despite the widespread feeling that don’t nobody like James Cameron’s preachy space operas anymore (white man bad, indigenous blue-alien man good), and that he should devote his formidable talent to franchises that aren’t terrible, the filmmaker cruelly continues his sinister campaign to afflict audiences with not one, not two, but three sequels, making Avatar simultaneously the most anticipated and dreaded tetralogy since the slightly less-ambitious four entries that constitute the Meatballs saga.

Apparently, the writing process is so “involved” that Cameron has been forced to push back the release date for the first sequel, which we’re just going to assume will be subtitled “The Squeakquel,” to 2017. Yes, it can’t be easy writing a sequel to a film with delicious bon mots like, “Shut your pie hole,” even as Cameron has roped in a dream team of collaborators that includes Rick Jaffa and Amanda Silver (Rise Of The Planet Of The Apes), Terminator: The Sarah Connor Chronicles creator Josh Friedman, and Shane Salerno, the man behind the screamingly idiotic documentary Salinger, which we can confidently deem one of the worst things ever, worse even than the dialogue in Avatar.

“There’s a layer of complexity in getting the story to work as a saga across three films that you don’t get when you’re making a stand-alone film. We’re writing three simultaneously. And we’ve done that so that everything tracks throughout the three films. We’re not just going to do one and then make up another one and another one after that,” said Cameron to The Wrap, explaining why it was taking him so goddamned long to make another three-hour opus about the wise ways of the giant blue space Smurfs and their magical trees and forests.

Take all the time you need, Cameron, and if you decide to abandon the whole tetralogy altogether and tell a story people might actually care about instead, we would not mind one bit.