Jason Statham in the trailer for Homefront, the clear favorite to win Best Picture at this year’s Oscars 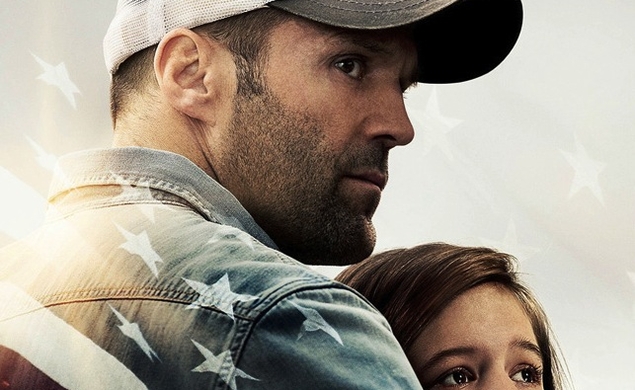 Remember a few days ago when I wrote that it was way too early to declare the Oscar race over? I take it all back! Ladies and gentlemen, I give you the trailer for your future 2013 Best Picture winner: Homefront in which Jason Statham rescues his daughter from an evil redneck meth dealer played by James Franco. Sorry, 12 Years A Slave; there's no way you’re beating Statham in a trucker hat impaling a guy with a gas nozzle. Game over.

Briefly, five reasons that Homefront is clearly (CLEARLY) the best movie of the year:

1)The shot that makes it seem like James Franco’s gator tattoo is crackling with energy. Evil redneck gator energy.

2)The line “They call him Gator for some reason.” (I guess his gator tattoo is just a coincidence?)

Case closed: Homefront is your Academy Award winner for the best movie of the year. Wait, when does the Stallone and Schwarzenegger movie where they escape from an inescapable prison come out? That could change things.

UPDATE: According to an interview with director Gary Fleder at Yahoo! Movies, even though he’s playing a former DEA agent, Statham is still using his British accent in the movie. Which makes the movie’s poster, where Statham’s draped in the American flag for no reason whatsoever, even more fantastic.