Hailee Steinfeld anchors another YA adaptation 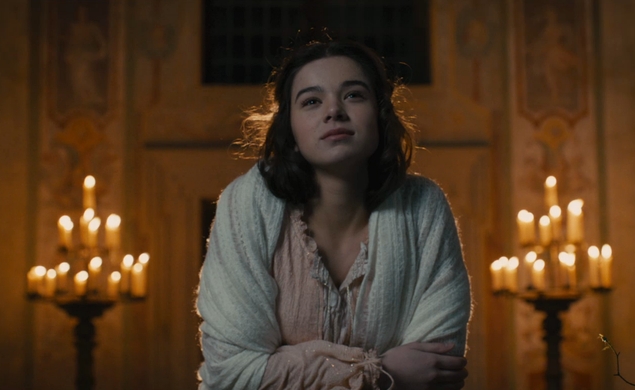 Only a few months after booking the lead in Dustin Lance Black’s YA adaptation of The Statistical Probability Of Love At First Sight, Hailee Steinfeld will be taking the lead in another acclaimed YA story, Carrie Pilby, according to The Hollywood Reporter. Despite its YA categorization, Carrie Pilby mercifully avoids the staid standbys of Hollywood’s latest crop of YA adaptations—no dystopian societies, supernatural creatures, or cancer-ridden teenagers here.

Like the young-adult novel of the same name by Caren Lissner, the indie will focus on the titular character, a brilliant young woman who graduated from Harvard at the age of 19 and is now fumbling her way through life. First-time feature director Susan Johnson, who’s previously had a hand in respectable films like God Help The Girl and early-2000s highlight Mean Creek, will step behind the camera; she’s previously compared Pilby to the original coming-of-age archetype, Holden Caulfield.

The main character does sounds refreshingly paranoid and mean-spirited. Culled from the movie’s Kickstarter: “Carrie Pilby’s main character is a 19-year-old genius who graduated from Harvard early and has no idea how to fit in, date or talk to people. She believes the majority of her hometown, New York City, to be sex-obsessed, immoral hypocrites.” It’s doubtful this is going to go into Listen Up, Philip levels of insular assholery, but that premise may, at the very least, allow for a more black-hearted and pragmatic take on the coming-of age story. That, or it will all devolve into one post-apocalyptic battle royale of the haves and have-nots, like every other YA novel that Hollywood gets it hands on.