Knoxville-based director Paul Harrill talks about the regional spirit that infuses Something, Anything 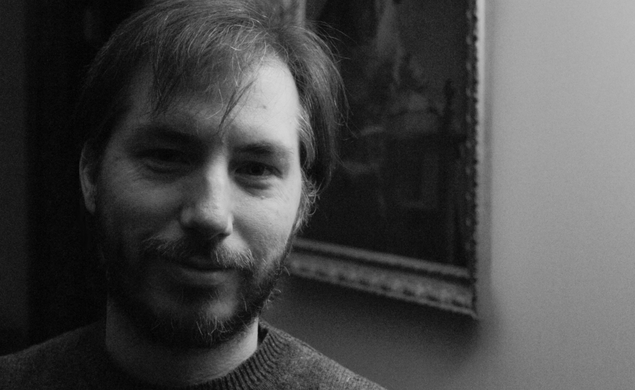 On Wednesday, Matthew Dessem issued our first Essential Viewing of 2015 to Paul Harrill’s debut feature Something, Anything, a shoestring indie from Knoxville about a young woman named Margaret (Ashley Shelton) who walks away from her marriage and her career after suffering a terrible loss. Though the film is a personal and spiritual journey, it stays close to home, as Margaret starts to reject the trappings of her materialist lifestyle and explore other ways to be happy, including a renewed friendship with an old classmate (Linds Edwards) who has become a monk. Released as part of IFP’s Screen Forward initiative, the film opens today at the Made In NY Media Center for a weeklong run before finding its way to digital outlets on Jan. 20. We talked briefly with Harrill about the film’s East Tennessee roots, its spirit of simplicity and openness, and how it incorporates Christianity without being a “faith-based movie.”

The Dissolve: There was an essay that you wrote about making the film where you talked about being inspired by a passage from Woody Guthrie’s autobiography, which talked about types of songs he hates and would never sing. How did that inform Something, Anything and your philosophy about making films generally? 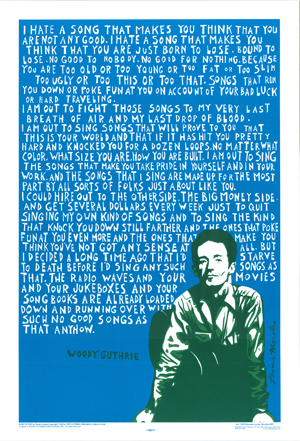 Paul Harrill: I’m actually looking at the poster [with that quote] right now. I’m sitting in my office and it’s right in front of me. To me, the way I read those words, there’s a lot of frustration with the kinds of songs he’s criticizing, but there’s also a lot of hope, and this desire to put something hopeful or useful out into the world. So that’s how I would connect those words of his to the work that I do, if that doesn’t sound too pretentious. That’s the way I connect it.

The Dissolve: The film has an earnestness and an openness and a lack of cynicism that seems a guiding force.

Harrill: Yeah. Yeah. I don’t know what else to say. I think that’s who I am as a person, and hopefully not in a way that’s too earnest or sincere or painful to be around, but engaged.

The Dissolve: As Matthew Dessem mentioned in the review, there have been plenty of movies about characters who abruptly leave their jobs and their life behind, and embark on a riskier personal journey. How did you want this one to stand apart?

Harrill: For me, [the film] is very much of its place, even though the landscapes aren’t necessarily a huge part of it. But it is in terms of the values and the culture where the story is being told. East Tennessee is where I live and it’s where I’ve lived on and off for 30 years of my life. And I wanted to tell the story of a woman who does follow this sort of archetypal journey in terms of asking questions and walking away from her current life. But I wanted to place it somewhere that I don’t see that much on film, and make that the starting point. Where she goes and in particular, the film’s exploration of monasticism, and a kind of light asceticism on her part. I feel like that’s kind of an unusual place for the story to go, and those aren’t things you typically see in those movies and those were the things that excited me about telling this story.

The Dissolve: It was funny to see how quickly Margaret rejects her father’s offer of going to Europe. In terms of geography, the film doesn’t take her very far.

Harrill: It’s always exciting to hear—good or bad—what a critic has to say about your work, so when Matthew wrote that about connecting that to Eat, Pray, Love, it was really exciting, because he was the first critic who caught that. That moment is actually kind of oddly autobiographical. When I moved to Philadelphia to go to film school, my dad helped me move into my apartment. And before he left, he said, “Look, if you don’t want to do this film thing, we can pack all this stuff up. You can go to Europe for a few months, and go pursue a more traditional line of work.” And I was like, “No, this is what I’m doing.” Obviously, she’s in a very different place, and her father’s reaching out in a different way, but that’s where that moment comes from.

The Dissolve: There are lots of moments like that in the movie. Whether Margaret’s friends and family are well-intentioned or they just want her to fall in line, it’s inexplicable to them that she would need anything more than a vacation to get back to the life that she should be leading.

Harrill: Most of those things you raised, they have to do with consumption. “Let’s go some place and spend money.” And those aren’t solutions ultimately to what anyone is going through, and they’re not going to lead Margaret to become the person she needs to be.

The Dissolve: There’s a spiritual component to the film that’s specifically Christian, but this isn’t the type of film to which churches would bus in their congregation. How did you want to incorporate Christianity in the film?

Harrill: This gets into the question of how to be culturally specific. I live in East Tennessee, and it’s a very Christian region, and to me, her engagement with religion seemed like it was always going to be part of the film. She was going to seek something bigger than herself, and that’s going to necessarily be something with a spiritual component. It was very important to me to not make something that was in any way a faith-based movie. Because those movies have answers, or they think they have answers, but there’s no openness to those films at all. I find them to be the worst kind of propaganda. Knowing that I wanted to do that and how to do that—those were two different things, and that was a process over the course of the film.

There were pages in the script that seemed okay, or seemed good on the page, and then you start hearing the actors say the lines, and you say "no, no, no," because it starts to sound like one of those movies. It’s a process of writing and re-writing, getting a lot of feedback, and hearing the words spoken by the actors and re-writing, sometimes even on set. Then I worked with Jennifer Lilly, the editor, to try to find any way to keep the film open [to viewers], whether they’re practicing Christians or atheists. To me, one of the highest compliments I’ve gotten is that Christianity Today wanted to do an interview with me, and then a few days later, I got a really nice review from someone who wrote, “I’m an avowed atheist…” and I thought, “Okay, great.” If the film is working at least on that level, I achieved what I was trying to do.

The Dissolve: Did you find that the production of the film mirrored Margaret’s story in any way? Did you feel your values as a filmmaker align with the values she begins to embrace?

Harrill: Yeah, from the beginning. It was a very humble production. This was a super-low budget film. I can say it was well under $100,000. And it was a very minimal crew. Most days, it was about five people. In terms of the style, Kunitaro Ohi, the cinematographer, and I... our guiding word was simplicity. She’s on this journey of simplicity. We’re going to start the film from one place, but we’re on a journey of simplicity as well. And we’re trying to simplify the look over the course of the film and aiming for humility, not showoff-y camera stuff.

The Dissolve: What’s next for you?

Harrill: There’s a script I’d like to direct called The Joy Of Living. It’s a story about a man who returns to the South to help a detective solve the case of his murdered childhood piano teacher. It’s set in East Tennessee. It’s very much a film about the culture here. It's a mystery in the traditional sense, but it's also a story about the mysteries of character—in this case, the victim and the people investigating the crime.

The Dissolve: Now that I think of it, this idea of returning to the same region reminds me of those Victor Nunez films, which were always set in Florida. Did you ever see those back in the day? Ruby In Paradise, Ulee’s Gold?

Harrill: Yes, yes! You took the words right out of my mouth. The one I can never remember, but which is my favorite of his, is A Flash Of Green with Ed Harris. I love those films. I saw those years ago on VHS. I actually have to say that. I’ve gotta say that’s actually one of the key films for me when thinking about The Joy Of Living. It’s a story of place and character, but it has genre notes as well, but not in a way that feels formulaic. It’s very organic. Ruby In Paradise was a film that I thought about while I was making this film, though I didn’t go back to look at it because I didn’t want to get influenced by that. I saw it when it came out many years ago. I really loved that Nunez was a Southern writer who stayed in his place. That was his region. That was his fertile ground that he kept exploring in his work.