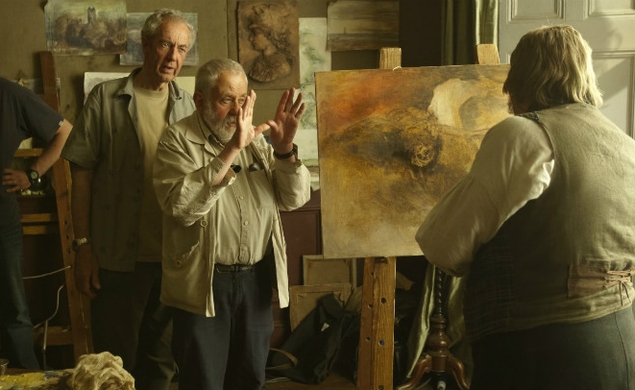 Over the weekend, Indiewire ran a piece covering what could be the first film fight of the young year. In an interview with the Toronto Star’s Peter Howell, Mike Leigh shared his thoughts about digital filmmaking, specifically his thoughts on Quentin Tarantino’s thoughts on digital filmmaking. In the past, Tarantino has referred to digital films and digital projection as “TV in public” and suggested he wanted no part of an all-digital world. Leigh, never a mincer of words, has other thoughts. From the interview:

“That’s bollocks, in a word,” Leigh says, with a sort of half grin.

“It’s a ludicrous statement, because apart from anything else, it’s a backward-looking statement that is irresponsible. I remember a time in the late ’70s when people said, ‘Cinema is over.’ There are young filmmakers doing all sorts of fantastic things and part of the reason that’s possible is the democratization of the medium because of a new technology, so [Tarantino’s fight] is twaddle.”

In some ways, Leigh seems like an unlikely champion of a digital future. At 71, he has decades of filmmaking experience under his belt and has shot all of his previous features until Mr. Turner on film. Yet the proof that Leigh might be on the right side of history on this issue is up there on the screen. Made with longtime cinematographer Dick Pope, Mr. Turner isn’t just one of the best movies of last year, it’s one of the best-looking. Whether bringing the inspiration of J.M.W. Turner’s famous landscapes to life or staging sweeping scenes at the annual painting exhibitions of the Royal Academy, Leigh’s film makes sensitive use of color and lighting. It’s as if Leigh was determined not to make Mr. Turner unless he could create a film with as keen an eye toward beauty and drama as its subject. Score one for Team Digital.

Leigh’s right, too, about young filmmakers having access to tools that previous generations simply didn’t, and it’s easy to see why the democratizing elements of digital tools would appeal to the director’s political sympathies. Yet, though it’s destined to be a perennial underdog, Team Film made a strong showing in 2014 as well, thanks to films like Foxcatcher, which turned its Pennsylvania countryside into a misty, haunted landscape, and Interstellar and Inherent Vice, a pair of remarkable-looking films from celluloid hold-outs Christopher Nolan and Paul Thomas Anderson, and Alex Ross Perry’s Listen Up Philip, which used 16mm to great, uncomfortably intimate effect.

That suggests Leigh’s only correct up to a point. “[A]part from anything else,” Leigh says later in the interview, “it becomes a non-negotiable matter because the laboratories are closing down. And the fact is, this is technology that is brilliant.” There’s a rush to consign film to the past—as both a filmmaking format and an exhibition medium—that’s failed to take full account of what would be lost in the process. It is, and this is inarguable thanks to a century-plus of celluloid, a wonderful, versatile moviemaking tool with a rich history and still-unfulfilled aesthetic possibilities. It’s not an outdated iPhone supplanted by the latest model. It’s film. Maybe that’s why, when Howell asks of Leigh, “Did you really shoot Mr. Turner digitally? It looks like film,” it’s hard to think of a higher compliment.