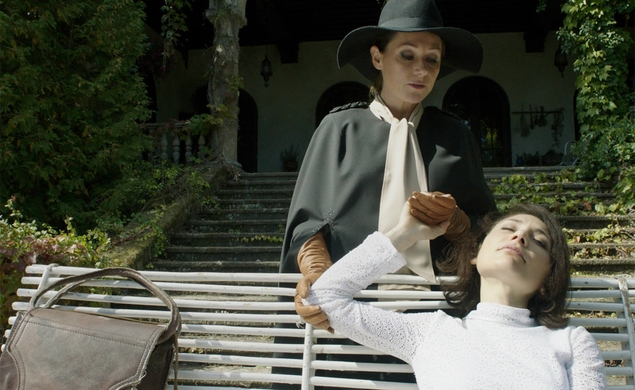 It’s early in the year yet—The Woman In Black 2: The Angel Of Death currently has a hammerlock on everyone’s 2015 Top 10 list—but The Duke Of Burgundy will almost certainly place high on The Dissolve’s collective best-of list next December. Directed by Peter Strickland—whose giallo homage Berberian Sound Studio was the very first movie to receive our “Essential Viewing” tag—the film was our favorite coming out of last year’s Toronto International Film Festival, so good that Noel Murray and Mike D’Angelo both carved out time to catch a second screening. (Noel had never done that before.) Blurbs from all three of us:

Noel: “... a stunning-looking and -sounding film, which occasionally digresses into pure avant-garde texture. But it’s also a film about recognizable human beings, with real emotional reactions.”

Mike: “Its genre-pastiche elements, which initially seem merely playful, are gradually revealed to be in service of a remarkably sincere love story—one of the few I’ve seen that looks hard at the difficulties involved in compensating for inevitable incompatibilities.”

Me: “Dazzling enough as cult-movie pastiche, but also full of structural and narrative surprises.”

Sundance Selects is opening The Duke Of Burgundy in limited release January 23. To that end, they’ve given us the premiere of the poster, which beautifully suggests Strickland’s interest in 1970s Eurotica and breaks down the film’s ornate fetishism into component parts. The role-playing and S&M between two women (played by Sidse Babett Knudsen and Chiara D’Anna) gives The Duke Of Burgundy its prurient hook, but Strickland and his actresses go well beyond that to explore the compromises necessary to sustain any long-term relationship, however unconventional. The trailer can be found here. The poster is below: 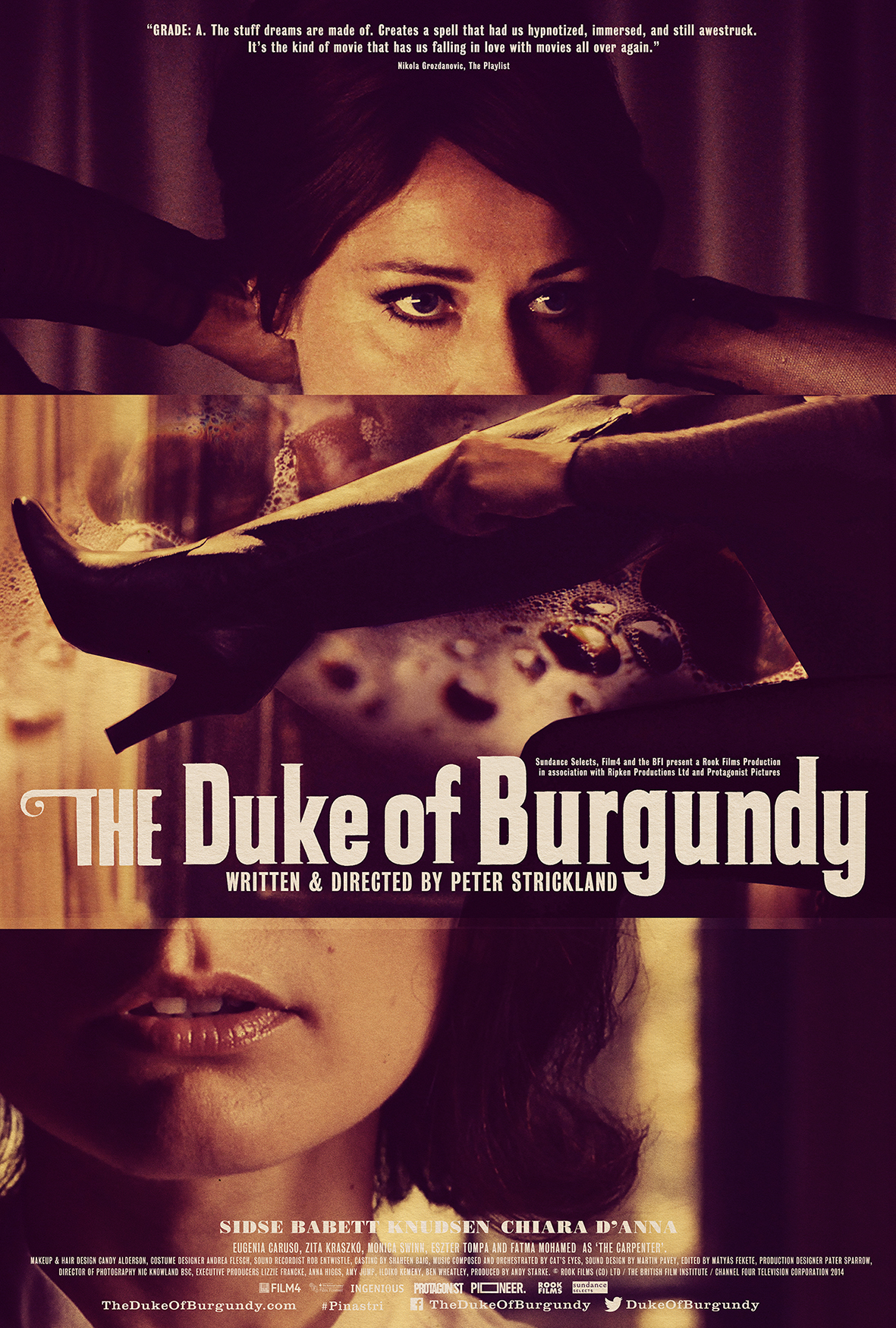