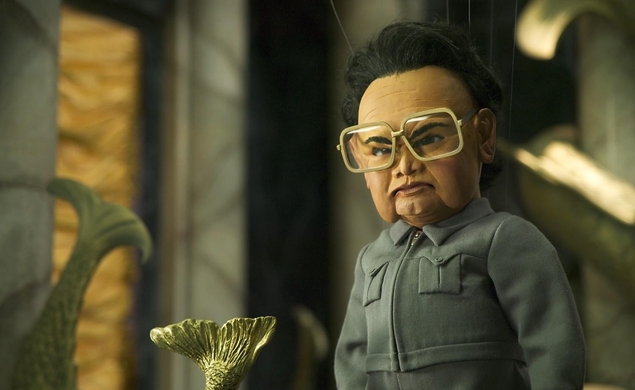 UPDATED: Paramount has responded to our request for a comment with a firm no comment, advising us “we do not have a comment in response to your inquiry.”

The latest victim of the Sony hacking is, bafflingly enough, not a Sony entity. It’s not a Sony film or a Sony executive. It’s not a Sony store or a Sony factory. It’s not a theater showing a Sony movie. It’s not even someone whose name sounds a bit like “Sony.” It’s a film, a film that has been in release and circulation for over a decade and, most uncomfortably, it’s a film from another giant Hollywood studio that has no relation whatsoever to Sony.

Deadline reports that Paramount Pictures (again, Paramount Pictures, which has not been hacked or threatened, at least to our knowledge, and at least not the extent that Sony has) has begun cancelling screenings of its Team America: World Police—again, a movie that first hit theaters a decade ago—that were specifically launched to combat Sony’s decision to pull their Interview from theaters.

The Alamo Drafthouse, which earned still more geek cred and cinephile respect (and this is an establishment with copious amounts of geek cred and cinephile respect on the most normal of days) when it announced plans to screen Team America: World Police in place of The Interview on Saturday at one of its Dallas locations, has now had to pull the screenings, apparently by the decree of Paramount.

When asked for comment, the Drafthouse’s PR firm, Fons PR, responded: “We can confirm that the screening of TEAM AMERICA was cancelled as the film was pulled from release. We are issuing refunds to those that purchased tickets.”

This echoes the statement made on their Twitter page earlier today:

Due to to circumstances beyond our control, the TEAM AMERICA 12/27 screening has been cancelled. We apologize & will provide refunds today.

Although the Drafthouse is the most well-known independent theater to launch (and then be forced to pull) screenings of Team America in place of The Interview, it is certainly not the only one, and a bevy of other theaters have taken to social media to announce that their screenings have also been cancelled. The Capitol Theatre in Cleveland has also commented on the situation on its Twitter page:

We have reached out to Paramount for an official comment, and we will update this post as soon as we hear back from them.

In the meantime, it looks like what our own Keith Phipps feared to be true, is, well true: Kim Jong-un now controls Hollywood.