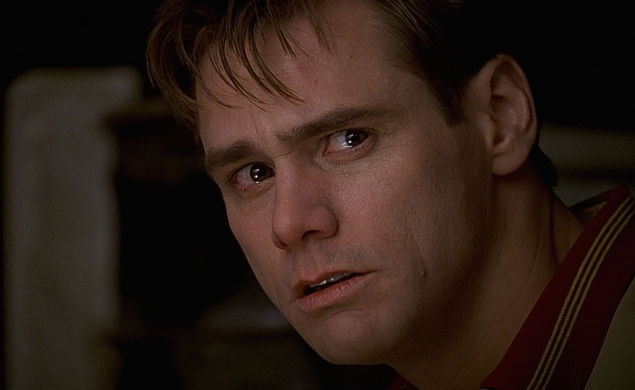 Excited about the prospect of Jim Carrey starring in new movies, but consider any details about their premise, co-stars, or director unwanted spoilers? Then you are in luck! Deadline has now revealed that Jim Carrey will be reuniting with the Red Granite production company, the same people who recently brought you Dumb & Dumber To, for a new film titled Deep Cover. Red Granite, a relative newbie on the production scene, has just purchased the comedy pitch, which is being set up as a star vehicle for Carrey.

The film will be written by Johnny Rosenthal (Bad Santa 2, the upcoming Iron Jack), and while the Deadline article offers no more details—the entire thing is being “kept under wraps”—if Deep Cover the film is half as awesome as the underrated Jeff Goldblum-Laurence Fishburne vehicle of the same name, or its Dr. Dre/Snoop Doggy Dogg theme song, then it’ll be all kinds of neato.