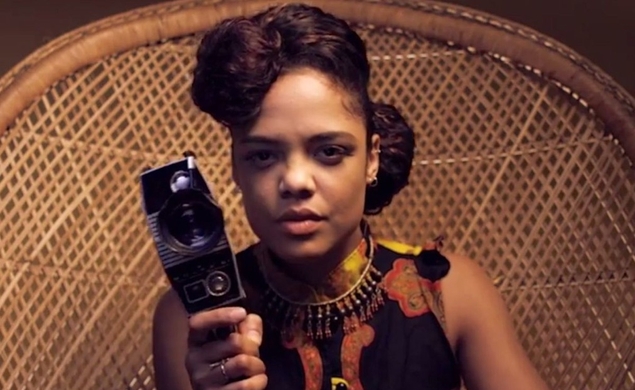 As misguided and somewhat ridiculous as MGM’s planned Rocky spinoff—set to focus on the grandson of Rocky’s dearly departed best buddy Apollo Creed (never forget!) and his own attempts at breaking into the boxing world—may sound to fans of the original franchise, Creed has made strong moves toward involving the best talents possible. Creed still sounds a bit like a joke—why not call it Rocky: Generations and move on?—but every single time we’re reminded that the film will serve as a reunion between Fruitvale Station director Ryan Coogler and his star Michael B. Jordan, we soften. And then we toughen right back up, because this is boxing, after all.

As was reported last month, Creed is officially moving forward after months of early chatter, and it’s now attached yet another new name to get excited about. Oh, Creed, we just can’t make fun of you anymore.

Deadline reports that rising star Tessa Thompson has now signed on as the film’s female lead. She’s the Creed lead, if you will. There’s no word on what exactly her role will entail, but we’re hoping that her character will possess some sort of screamable name in the vein of “AAAADRRRIIIIAN!!”

Thompson has already started picking up some big accolades for her work this year, thanks to turns in both the Sundance favorite Dear White People and Ava DuVernay’s upcoming Oscar contender Selma. The Gotham Independent Films Awards bestowed its Breakthrough Actor award on her earlier this month, and she was recently nominated for the NAACP Image Award for Best Actress.

Stallone will, of course, appear in the film as the iconic Rocky Balboa, still mixing it up and boxing away, and presumably running up and down steps and crying a lot.

Creed will reportedly start filming next month, so 2015 appears ready to pack quite a cinematic punch.