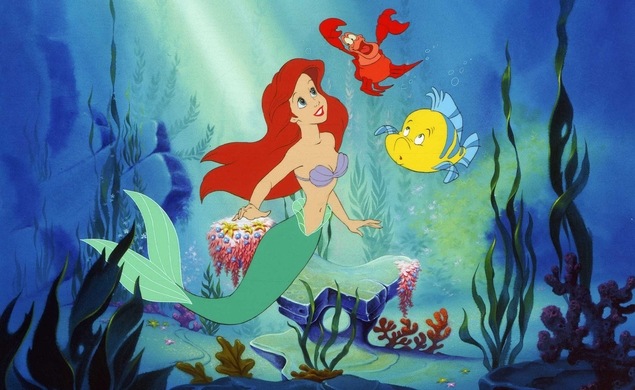 /Film brings word of a new way to see a cinematic classic on the big screen. And by new, I mean wildly depressing.

On September 20, Disney is putting The Little Mermaid back into theaters with what they’re calling a “Second Screen Live” experience. Using your tablet, you’ll be able to watch the film “like never before”—by not actually watching it while you play games, sing, “find hidden treasure,” and “become part of the story” on your iPad.

Yes,  it’s all the fun of half-assedly watching something at home while answering email and playing Candy Crush, plus the added bonus of paying $15 to do it!

Ideas like this make me sympathize with Will Ferrell in Zoolander. People really want this? I feel like I’m taking crazy pills.

My favorite part of the ad comes at the 20 second mark, when everyone in the audience raises their tablets to the sky, blotting out the larger screen they’ve ostensibly paid to ignore while the music swells as if to indicate that yes, this device is your god now. Exalt it. And never, ever put it down for even a second.