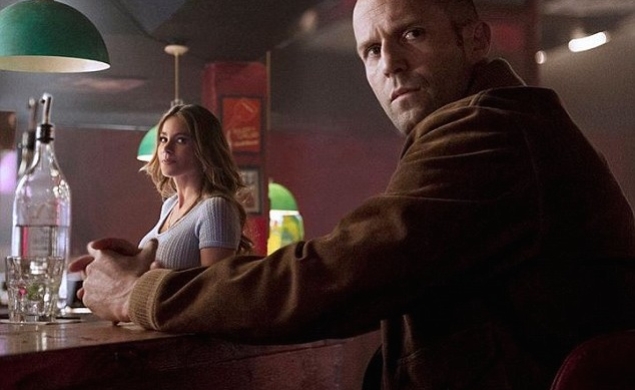 If you’re like absolutely nobody, you’ve been wondering when William Goldman (the two-time Academy Award-winning screenwriter of Butch Cassidy And The Sundance Kid as well as that Stephen King-derived movie featuring the ass-weasels from outer space), Simon West (the man who blessed the world with Con Air), and Jason Statham (the towering English gent who gives many a baddie an ass-whipping in his various vehicles) were going to team up for what can only be deemed the ultimate collabo.

Well, your dreams have finally come true, non-existent person, because Statham will soon be seen kicking all kinds of ass, and then possibly scribbling down names in a quaint little Moleskin notebook, in Wild Card, a film written by Goldman and directed by West. Not since Michael Keaton, Christopher Lloyd, Peter Boyle, and Stephen Furst teamed up in the eponymously titled 1989 comedy The Dream Team has cinema witnessed such a stellar collection of talents.

Take a look at the latest trailer for Wild Card:

The trail of the tape
Title: Wild Card
Director: Simon West
Screenwriter: William Goldman
Cast: Jason Statham, Sofia Veraga, Michael Angarano, Jason Alexander
Release date: January 30, 2015
Tagline: Never bet against a man with a killer hand.
The entire tagline in one line of dialogue: “I can take care of things, that’s all you need to know.”
The entire trailer in one screengrab:

In this remake of the 1986 Burt Reynolds non-classic Heat, which was also written by Goldman (adapting his own novel), Statham plays Nick Wild, a gambling addict who does sketchy things to feed his addiction, but who also lends his ass-kicking skills to a noble cause after a woman is brutally beaten. Usually, studios wait until late in the year to roll out the prestige pictures destined to win Oscars, but this year it looks like Oscar season kicks off in January; look for Statham to pick up his first trophy, and Goldman to collect that rare third Academy Award.