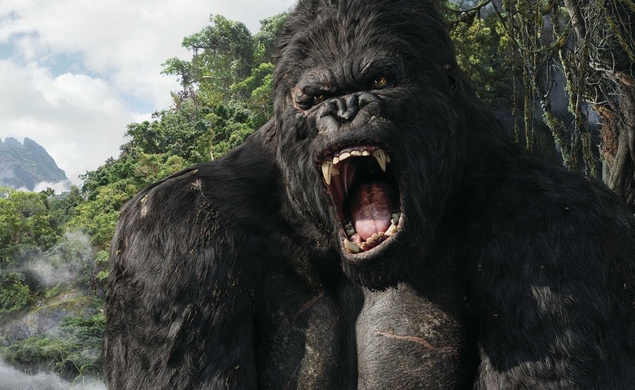 Branding: It’s a word bandied about pretty frequently during discussions of show business, but what does it really mean? To the average layperson, branding refers to processes by which a corporate entity chooses to frame up a product in the public understanding to associate it with similar products from that same entity. For example, Apple’s devious, ingenious decision to essentially lay claim to the letter “i” in naming and promoting its various doodads. But with a branding decision like Universal’s choice to retitle King Kong reboot Skull Island as Kong: Skull Island, it sort of feels like something closer to “We do not trust that audiences are intelligent enough to grasp that this film involves the gigantic primate that they know and love.”

That meaningful title change was but one-half of a new release from Variety today. The film practically called This Is A Movie About King Kong, And Didn’t You Love The Last One? had originally been set for release on November 4, 2016. Here’s hoping that the devotees prepared to wait approximately two years will be able to hang tough for two years and four months, seeing as the premiere has now been pushed back to March 10, 2017. Usually, delays of this nature herald some kind of production snafu, but a change this early in the game most likely has something to do with behind-the-scenes studio logistics. Most likely, the big hairy ape will make it to the screen with few other setbacks.

Legendary Studios will handle the production of It Is A Movie And King Kong Will Be In It, Maybe Dinosaurs Too, Who Knows, We’re Playing This Thing By Ear, and that same studio snuck a second notification in with the release. The previously announced Zhang Yimou historical epic The Great Wall finally has a release date to call its own. Zhang’s first English-language film will enter theaters on November 23, 2016. Wait a second, I smell a crossover. King Kong straddles the Great Wall of China while batting away planes as if they’re Chinese gnats? Branding be damned, now I’m sold!