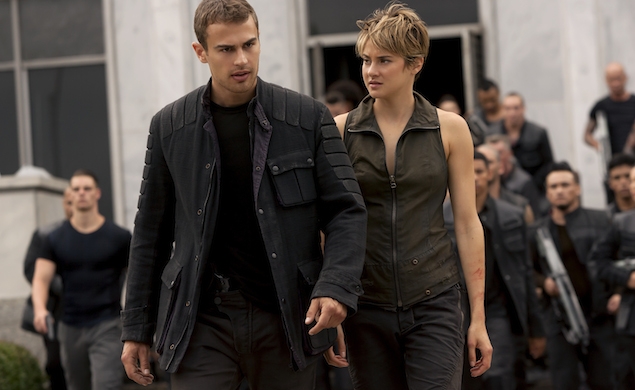 After removing the gravitational constraints of the world and/or doing a lot of drugs during the course of its first teaser trailer, The Divergent Series: Insurgent marketing campaign appears to have pulled back just a smidge on the more dreamy, wacky elements of the franchise, instead offering up a brand-new trailer that relies mainly on large-scale action to tell its story.

It’s just too bad, however, that laying on action-heavy elements and sci-fi-tinged settings doesn’t do much to explain exactly what is going on in the next entry in the Shailene Woodley-starring franchise. To put it more succinctly: I’ve read every single one of author Veronica Roth’s Divergent books, and I have zero idea what is going on in this trailer. There’s a magic box? Doc Ock-inspired tech-tentacles? A whole lot of random snarling?

Perhaps you can make a bit more sense out of this one:

The trail of the tape
Title: The Divergent Series: Insurgent
Director: Robert Schwentke
Screenwriters: Brian Duffield, Akiva Goldsman
Cast: Shailene Woodley, Theo James, Ansel Elgort, Miles Teller, Kate Winslet
Release date: March 20, 2015
Tagline: What sets her apart will set the world free.
The entire trailer in one line of dialogue: “I can’t let anyone else die because of me.”
The entire trailer in one screengrab:

Sure, Woodley looks buff and the world looks extremely, admirably big, but what good is all of that when it seems nearly impossible to differentiate between characters, motivations, and plotlines?