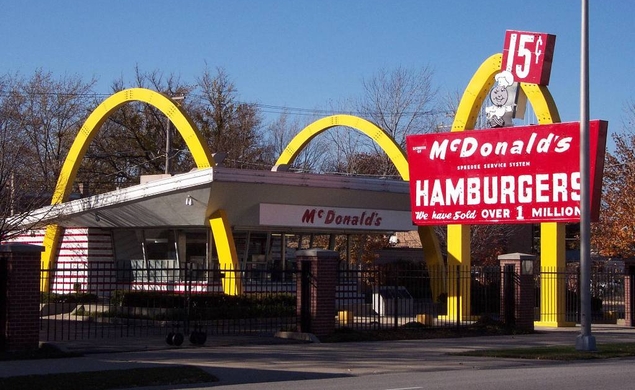 Talk about knowing how your sausage (read: hamburgers, fries, and shakes) was made! John Lee Hancock, director of such biographical offerings as The Blind Side and Saving Mr. Banks, is looking to get back into the apparently booming biopic business with a tasty new feature.

The Hollywood Reporter shares that Hancock is in negotiations to helm The Founder, a fact-based take on the life of Ray Kroc, the original founder of McDonald’s, America’s most beloved fast food institution. The film is billed as “a drama that tells the true story of how Ray Kroc, a salesman from Illinois, met Mac and Dick McDonald, who were running a burger operation in 1950s Southern California. Kroc was impressed by the brothers' speedy system of making the food and saw franchise potential. He maneuvered himself in a position to be able to pull the company from the brothers and create a billion-dollar empire.”

The film will be written by Robert Siegel (The Wrestler) and has a tone that's being likened to The Social Network and There Will Be Blood. (Uh, meaty?)

Additionally, Variety reports that Tom Hanks has been approached for the role, a move that would reunite the star with his Saving Mr. Banks director, while Michael Keaton also expressed early interest in the part. As of now, casting beyond these bare bits of chatter has not been revealed, but should Hancock sign on, it will likely expedite the process. It may even move...fast.