Al Pacino wants to be in a Marvel movie 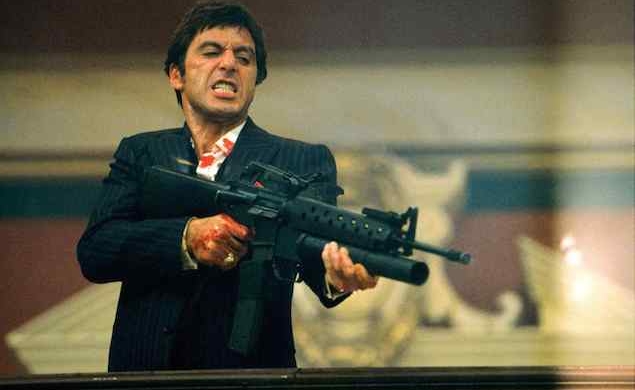 Like any working actor with a pocketbook to fill and a schedule to book up, Al Pacino is interested in appearing in a Marvel film. The sprawling Marvel Cinematic Universe is the Hollywood version of a currency printer, one that just spits out the money on a seemingly never-ending loop, filling coffer after coffer, creating anthropomorphic raccoon after anthropomorphic raccoon. And Pacino wants in on that particular brand of “hoo-ah!”

During an appearance on MTV’s “Happy Sad Confused” podcast, Pacino revealed to host Josh Horowitz that his desire to be in a Marvel film hasn’t gone wholly unnoticed by the studio brass, as he’s already taken a meeting with Marvel Studios president Kevin Feige, though any other details regarding said meeting are being kept under wraps.

In a spectacular example of dad humor, Pacino joked: “It’s a Marvel how these things happen.”

In fact, you can thank Pacino’s dad-ness for his interest in the MCU, as it was a trip to see Guardians Of The Galaxy with his offspring that initially clued him into the hipness of the entire endeavor. He shared, “But with this movie, I was taken up…It was inventive, funny, strong in sound and music, the production of it, the ingenuity of it…I was really impressed.” He continued, “Why wouldn’t I like a movie like that? Why wouldn’t I appreciate a movie like that?...“I’m not necessarily going to be in it, but at the same time, there’s value to it, and you can see it.”

Although Pacino hedges a bit at the end there—he won’t necessarily appear in a Marvel film—the fact that he’s chatted it up with Feige signals an apparent interest on Marvel’s end, too. Any ideas who he could play? There’s got be some sort of role for an older wise-cracker in these films, right? Couldn’t Rocket be his new “little friend”?