Critical bodies from New York, Los Angeles, and Boston rule on their favorites of 2014 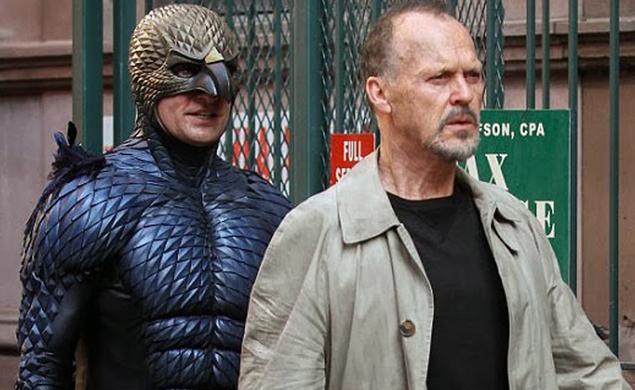 Academy Awards voting won’t begin until the 29th of this month, and the Golden Globe nominations will be announced early on Thursday. As if to tide movie-lovers and compulsive list-makers over until that glorious morning, official awards from various critical bodies have slowly trickled out to provide fresh fodder for argument. (“Boyhood: Best Movie of the Decade, or Merely Best Movie of the Year? Discuss.”) This weekend saw a handful of organizations announce their picks for the best that 2014 had to offer, and though these decisions historically bear little influence on the Oscars’ big dance, a list is a list, and we can’t pass up a chance to furiously post about how we would’ve done it differently.

Both the Boston Society of Film Critics and Boston Online Film Critics Association (two groups that I like to imagine engaging in jazz-rumbles on the streets of Boston while bickering about Tati) publicized their choices over the weekend, neatly illustrating the gap between studio-favoring awards programs and bodies dedicated to recognizing indie excellence.

The BSFC tapped Richard Linklater’s unlikely juggernaut Boyhood for Best Picture while Birdman flew away with a Best Actor prize for Michael Keaton and Best Supporting Actress for Emma Stone, as well as a Best Cinematography recognition for Emanuel Lubezki’s reality-defying camerawork. J.K. Simmons took home the Best Supporting Actor distinction for his work as Whiplash’s ferocious music instructor, while Marion Cotillard received a double citation for her performances in Two Days, One Night and The Immigrant.

The two organizations agreed on that one, as the BOFCA also recognized Cotillard’s Two Days, One Night performance for Best Actress honors. The other choices skewed toward films with a lower public profile. Calvary’s Brendan Gleeson received the Best Actor prize, while Snowpiercer emerged victorious with the Best Picture prize and a Best Supporting Actress win for Tilda Swinton. Birdman’s awards-season domination couldn’t be denied, as Alejandro Gonzalez Iñárritu and Edward Norton won the Best Director and Supporting Actor awards, respectively. To illuminate their full slate of 2014 faves, BOFCA also included a list of the top 10 films of the year.

Though an entire nation separates them, the Los Angeles Film Critics Association and New York Film Critics Online saw eye-to-eye in multiple races, heaping the Picture and Director prizes on Boyhood and Linklater, respectively. NYFCO went with Cotillard for Best Actress, though their choices for Patricia Arquette as Best Supporting Actress and Eddie Redmayne as Best Actor broke away from the pack, though Redmayne’s a popular choice for the Academy Award. Of particular note were LAFCA’s acting choices, recognizing Agata Kuleszka’s show of reigned-in strength in Ida and Tom Hardy’s harrowing trip through moral turpitude in Locke.

Find a full list of everything below, complete with links to reviews:

Birdman
Boyhood
Guardians Of The Galaxy
The Imitation Game
A Most Violent Year
Mr. Turner
Selma
The Theory Of Everything
Under The Skin
Whiplash