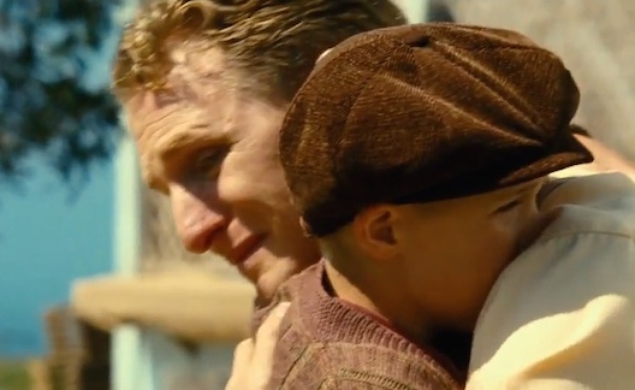 Little Boy has perhaps the most fantastical premise in the history of cinema: That a little boy would worship someone who looks and acts like Michael Rapaport. The rest of the film’s premise is a whole lot easier to believe: That when said little boy is separated from his dad after his old man goes off to fight in World War II, he is literally able to move mountains with his will.

Sounds mighty devilish, don’t it? Don’t despair, however, as the peculiar-looking family film is the product of Jesus-loving producers Roma Downey and Mark Burnett, who previously brought the world Son Of God and an upcoming Ben-Hur remake, so chances are good that the little boy’s powers come straight from Jesus.

Take a look at the film’s first trailer:

Faith-based films can often be a little on the bland side, but at least Little Boy looks like it has the potential to be batshit, nutballs, over-the-moon, kookety-koo insane.