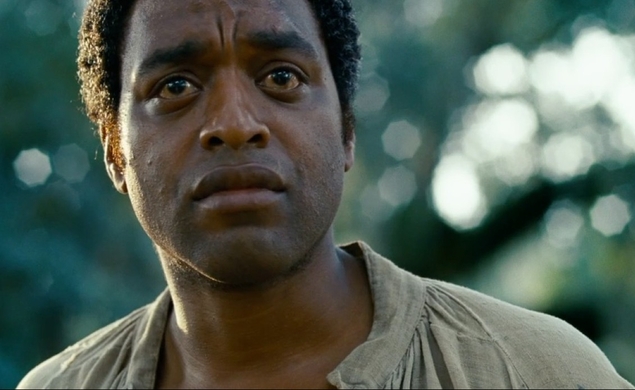 Yesterday was the first Sunday of the 2013 NFL football season. Which means the last few weeks of sports radio, television, websites, newspapers, and podcasts have been dedicated to predicting the outcomes of not only this week’s games, but also the entire season. Even by experts, football prediction is often less art or science than roll of the dice. Yesterday, the Cleveland Browns were favored by two and a half points over the Miami Dolphins; the Dolphins won by 13. The Tampa Bay Buccaneers were favored by four points over the New York Jets, who many expected would suffer through a putrid season; the Jets won by a point.

While football experts were trying (and likely failing) to prematurely anticipate the eventual NFL champions, Oscar prognosticators were undertaking a similar enterprise at this year’s Toronto International Film Festival. At Vulture, Kyle Buchanan didn’t wonder, he flat-out called his shot, Babe Ruth-style. The new historical drama 12 Years A Slave, he said, “will surely be this year’s Best Picture winner.” Surely! “There’s no question in my mind that this will be our ultimate awards season victor,” he added. No question! Buchanan’s essay was the most assertive about 12 Years A Slave and its Oscar chances certainties, but it was far from the only one. And I mean far far far far (far far far [far]) from the only one.

Right as all this excitement peaked, I happened to listen to the Friday edition of Keith Olbermann’s new self-titled ESPN2 series. Olbermann begins his nightly broadcast with a lengthy rant on a topic from the world of sports; Friday’s subject, on the occasion of NFL Kickoff 2013, was the scourge of runaway hype in the early days of football season. He came armed with brutal examples, including many from his own network, of misplaced enthusiasm; the 2012 Arizona Cardinals, for example, started the season 4-0, igniting feverish speculation about their chances as a surprise playoff contender. The team promptly lost 11 of their final 12 games and got their head coach, Ken Whisenhunt, fired. In 2011, the New York Giants were all but left for dead after squandering a 6-2 start; a few weeks later, they’d fallen to 7-7 and the consensus view was that they’d peaked too early. Then they made the playoffs, won in the playoffs, and beat the New England Patriots to win the Super Bowl.

And then Olbermann dropped this stellar piece of wisdom:

“In the preseason, on the opening weekend, in September, October, sometimes even in the middle of December, when you are saying who will win the Super Bowl, you are not predicting. You are guessing.”

I am by no means the definitive authority on the Academy Awards. But I know enough about movies to know that any prediction on September 9 is also a guess. It might be an educated one, but it’s still more conjecture than conclusion.

Maybe 12 Years A Slave will win a whole bunch of Oscars. And maybe the Jets will lose their next 15 games. But the key word at this date, and for a whole bunch of dates to come, is maybe. Which is fantastic. There are a lot more movies and football games to watch between now and December. If we really knew the winner now, that would ruin a lot of the fun.