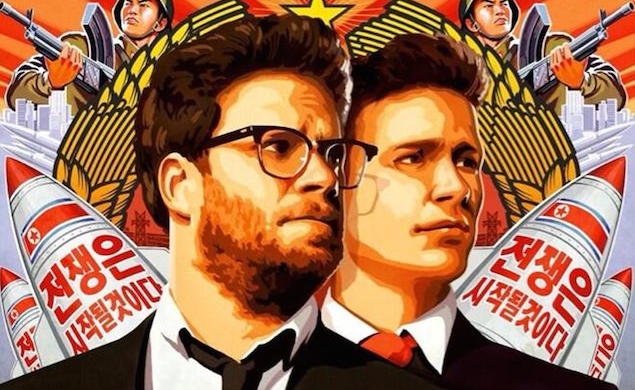 Sony’s hacking troubles certainly aren’t over—in fact, reportage on the subject is only getting more dazzlingly and amusingly specific, as this piece from Gawker makes plain—but it would perhaps ease some hearts and minds if they knew exactly who was responsible, beyond just the vaguely and confusingly titled “GOP.”

One assumed culprit? North Korea, presumably in retaliation against the studio’s upcoming feature, The Interview, which just so happens to be a comedic outing about two knuckleheads (James Franco and Seth Rogen) who attempt to assassinate the country’s supreme leader Kim Jong-un. Admittedly, that’s kind of a mean (but hilarious) plotline for a film. Kim Jong-un has feelings, too!

For months now, rumors have swirled regarding North Korea’s disapproval of the film (remember back in June, when the country denounced the film and then fired missiles into the sea as a possible act of aggression in protest of the film? Yeah, they are not fans). That makes the timing of this hack—mere weeks before The Interview is set to delight and horrify scads of holiday moviegoers—feel especially odd. Yet, in a move we like to call “the Shaggy defense,” North Korea swears it wasn’t them.

Reuters reports (via Gizmodo) than an anonymous North Korean diplomat “told the Voice of America broadcast network on Wednesday that linking North Korea to the hacking of Sony Pictures' computers was ‘another fabrication targeting the country.’”

The anonymous bigmouth shared, “My country publicly declared that it would follow international norms banning hacking and piracy.” That seems, well, just a little weak, but okay. This denial comes on the heels of “sources telling Reuters that cyber investigators had found connections to North Korea in the form of hacking tools similar to those used by that country in previous attacks on South Korea.”

We’re not sold, and we totally fail to understand why no one wants to take credit for a massive crime that finally exposed how much people hate Adam Sandler (even the people who employ him).