Stephen Hawking wants to be your next James Bond baddie 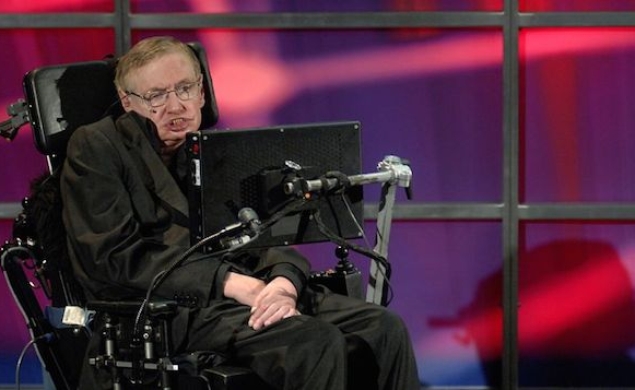 English theoretical physicist/cosmologist/pop-culture icon Stephen Hawking has plenty to celebrate this holiday season as the biopic about his life, The Theory Of Everything, is earning scads of critical praise and Oscar buzz. But while he has your attention (once again) he’s going to throw out his plans for world domination…in a James Bond movie.

In an interview with Wired, the scientist, who is known for his wicked sense of humor, confessed, “My ideal role would be a baddie in a James Bond film. I think the wheelchair and the computer voice would fit the part.”

It’s true that physically disabled villains used to be a pretty standard trope in action movies, though such trends have since fallen out of fashion. Still, it’s not such a wild thought that Hawking could score a small (and hopefully villainous role) in the ongoing Bond franchise. The Brief History Of Time writer has become so ingrained in pop culture that he’s made cameos as himself on television shows like Star Trek: The Next Generation, Futurama, The Simpsons (on repeated occasions), and The Big Bang Theory. Why not Bond?

For now, however, there’s no plans for Hawking to battle wits with James Bond. Instead, Christoph Waltz may play Bond’s dastardly adversary in Bond 24 (and/or the son of a ski instructor).